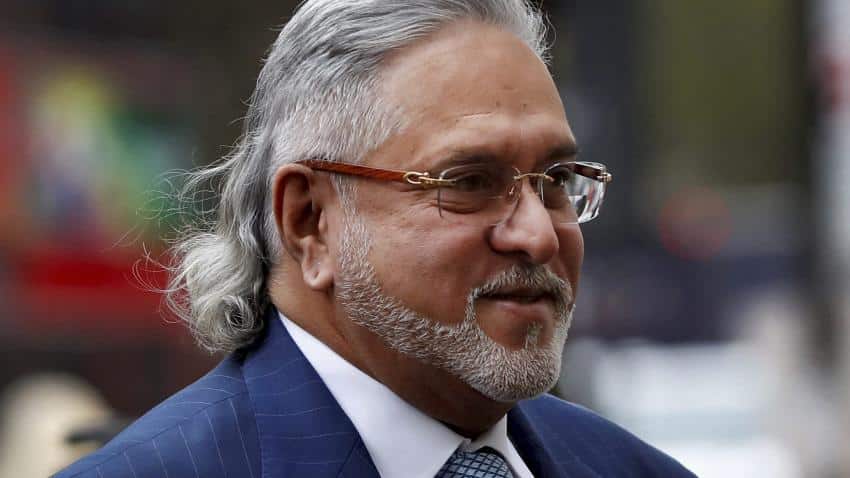 The 61-year-old businessman, out on bail on an extradition warrant executed by Scotland Yard earlier this year, had been exempt from appearing before the court until his extradition trial scheduled to begin December 4.

He has repeatedly stressed that he has done nothing wrong and will let the evidence speak in court.

The UK's Crown Prosecution Service (CPS), which is arguing the case against Mallya on behalf of the Indian authorities, had presented additional "supplemental" charges of money laundering to the previous charges of fraud at the last hearing in the case on October 3.

The UB Group chief has been on self-imposed exile in the UK since he fled India on March 2, 2016.

The CPS said it was technically re-filing its extradition request in court, after the new charges "superseded" the previous ongoing case.

The judge, Chief Magistrate Emma Louise Arbuthnot, agreed to formally re-open a fresh case while keeping to the same time-table as set before.

However, she had concurred with Mallya's defence team that if further evidence keeps coming in it could put the December 4 trial date at "risk" before releasing him on the same bail conditions as before.

The conditions of his bail include providing a bail bond worth 650,000 pounds, assuring the court of abiding by all conditions associated with extradition proceedings, such as the surrender of his passport and a ban on him possessing any travel documents.

Arbuthnot has been hearing Mallya's extradition case at Westminster Magistrates' Court on his previous arrest warrant executed by Scotland Yard in April.

If she rules in favour of extradition at the end of the trial, the UK home secretary must order Mallya's extradition within two months.

However, the case can go through a series of appeals before arriving at a conclusion.

India and the UK have an Extradition Treaty, signed in 1992, but so far only one extradition has taken place from the UK to India under the arrangement Samirbhai Vinubhai Patel, who was sent back to India last October to face trial in connection with his involvement in the post-Godhra riots of 2002.

Judge Arbuthnot and her colleague, Rebecca Crane, at Westminster Magistrates' court have rejected two other long- pending extradition requests from India recently, that of UK- based alleged bookie Sanjeev Kumar Chawla on October 16 and a British Indian couple, Jatinder and Asha Rani Angurala, on October 12, relating to bank fraud.

The case against Chawla, the key accused in the cricket match-fixing scandal involving former South African captain Hanse Cronje in 2000, was discharged on human rights grounds over severe conditions in Delhi's Tihar Jail where he was to be held after being extradited.

The Anguralas were discharged on grounds of over 25 years having passed.

The Indian government has sought an appeal over the magistrates' court decision on Chawla in the high court and a judge is set to decide if an appeal can be submitted.