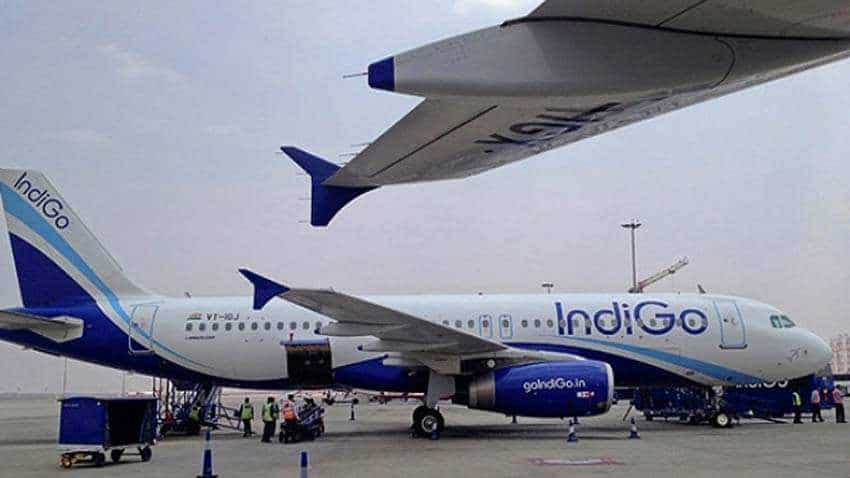 IndiGo has been forced to ground its A320neo aircraft on several occasions due to issues with the engines.

IndiGo, India`s biggest airline by market share, will take more deliveries of the longer-range Airbus A321neo aircraft next year as it plans to launch more international flights, its interim CEO said on Wednesday after the company`s profit fell sharply.

"We are focussed on building a large and profitable air transportation network in and out of India and are adding capacity in line with our long-term growth plans," Rahul Bhatia said after the airline`s quarterly profit fell 75 percent on high fuel costs and a weak rupee in a competitive domestic market.

IndiGo, which took deliveries of 55 aircraft in 2018, has a 41.5 percent share of the domestic market but carries only six percent of the country`s international passengers.

It expects to expand its passenger carrying capacity by 34 percent in the Jan-March quarter, with almost a third of it coming from international routes using the longer-range A321neo planes that also have a higher seating capacity, said Bhatia. He did not say how many planes it would add to its fleet in 2019.

Indian airlines are increasingly turning to international markets in search of better returns as an intensifying fight for a bigger share of the world`s fastest growing domestic aviation market - where price is king - drives down profits.

India is one of the cheapest domestic airline markets in the world, with promotions such as $50 one-way tickets on the two-hour flight from Mumbai to Delhi easy to find. With airlines, including low-cost carrier IndiGo, expected to take delivery of hundreds of more aircraft, pressure on profits is increasing.

"In the past we have focussed on setting up the right network domestically. Now with this in place we are looking to strengthen our international presence," Bhatia told analysts on a call after its earnings.

IndiGo expects traffic from smaller Indian cities, where it has increased its market share with its fleet of turbo-prop ATR planes, to feed into major metros like Mumbai and Delhi and onwards to international destinations like Singapore, Dubai and Hong Kong where it already flies.

It will begin direct flights to Istanbul in March and add other destinations.

The low-cost carrier will use the A321neo planes for its international expansion as well as on some busy domestic routes especially at congested airports like Mumbai where getting new slots is an issue.

The airline, which operates a fleet of 66 Airbus

IndiGo has been forced to ground its A320neo aircraft on several occasions due to issues with the engines. India`s air safety watchdog last week ordered extra checks on the aircraft which IndiGo is carrying out, Prock-Schauer said.

Expenses surged 50.6 percent to 80.38 billion rupees over the quarter due to high fuel costs, while its revenue per available seat kilometre - a measure of its operating earnings - fell three percent to 3.70 rupees in the third quarter.

Passenger yields, which gauge the average fare paid per mile per customer, however, climbed 3.7 percent, helped by a busy festive and holiday season in November and December.