"We started functioning since December 18 here and opened two out patient departments with 20 permanent staff, including doctors from Mumbai, New Delhi and Bangalore. 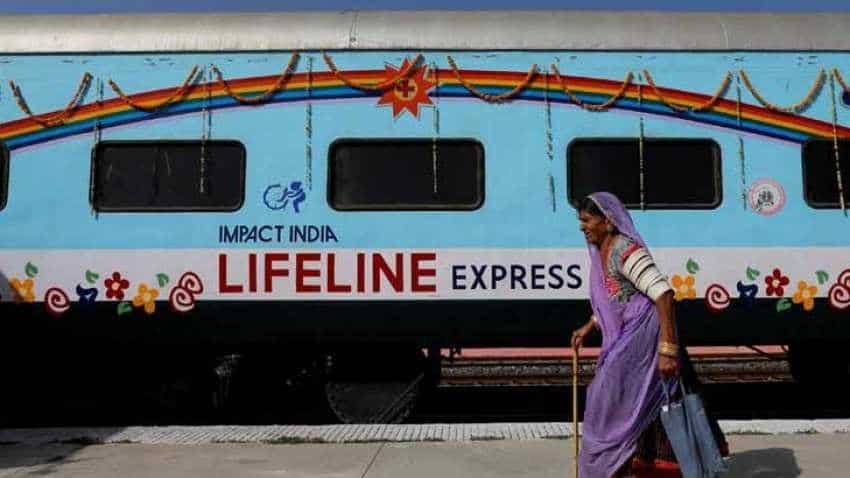 This is an Indian Railways service that will always remain in people's hearts! Biswajit Chanda,a 30-year-old labourer, was worried that it might take him years to pull together money for his

son's cleft lip surgery, but a train that chugged into Tripura's Churaibari station last monthbrought smile back on his two-year-old boy's face.

Chanda happens to be just one among 8,000 cases attended over the past 20 days by Lifeline Express - a hospital train that travels to inaccessible rural areas where medical services are limited.

Set up by NGO Impact India Foundation and Indian Railways and Ministry of Health in 1991, the express train has conducted 199 heath camps in different parts of the country since its inauguration.

"Lifeline Express arranged for my accommodation and food for a week and performed the surgery on my son without any cost," said the 30-year-old daily wage labourer, who hails from Nandigram village in neighbouring Assam.

Anil Premsagar, the joint director of the hospital train, said 1200 patients have undergone cataract operation in the first two days.

"We started functioning since December 18 here and opened two out patient departments with 20 permanent staff, including doctors from Mumbai, New Delhi and Bangalore.

More than 900 cancer victims and equal number of patients suffering from dental problems were treated in 17 days," he said.

Pawan Kumar, who looks after the managerial aspects of the train, said the initiative has received funding from Tripura Bharat Petroleum and voluntary support from local NGOs and district hospitals at Churaibari, near Assam border.

"I am associated with this mobile hospital for the past two years.

It gives me immense joy to work for people in rural areas of the country, where facilities are limited. This is the first camp we organised in Tripura," he said.

The air-conditioned train, which received two more coaches in 2017, has travelled to 22 states.

"Earlier we had 3 coaches, then 5, and now we have seven coaches, which was added to the rake in December 2017. The government and the Railways help us carry out our job successfully," Kumar added.

"We set up a makeshift hostel and a hospital for the patients and provided them with ambulances and food supplies," he added.