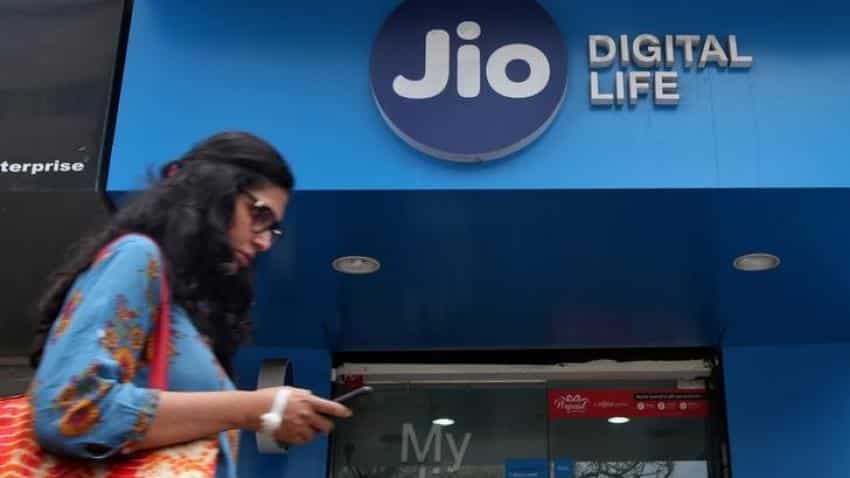 A woman checks her mobile phone as she walks past a mobile store of Reliance Industries' Jio telecoms unit in Mumbai. Image Source: Reuters
Written By: Reuters
RELATED NEWS

Shares in Indian wireless operators rose sharply on Monday after Reliance Industries Ltd`s Jio telecom unit increased mobile data tariffs, raising hopes of an easing in the cut-throat competition that has eroded profits in the sector.

Top-ranked Bharti Airtel Ltd rose to a more than eight-year high and Reliance hit a record on the first day of trading since Jio`s announcement last week of new high-end data tariffs that effectively raise prices by as much as 20 %.

Jio, backed by India`s richest man Mukesh Ambani, has up-ended the world`s second-biggest mobile services market by users with aggressive marketing and by slashing prices for its 4G data, forcing established players including Bharti Airtel and Vodafone`s local unit to match the offerings.

As a result, Bharti Airtel posted a 75 % drop in its April-June profit while Idea Cellular Ltd reported a third consecutive quarterly loss.

Analysts said Jio`s prices remain low, although they welcomed the hikes as a good initial signal of more pricing discipline.

"Jio`s announcement last week was a huge relief for all incumbent players as there is a feeling that the worst of pricing is behind them," said Satish Betadpur, director of research at William O`Neil & Co.

"Reliance is looking at making sure Jio is profitable. My guess is that from now on, they will focus on quality of network to get more customers," he added.

The energy conglomerate said on Oct. 13 that Jio would turn profitable "shortly" after the telecom unit posted a loss of 2.71 billion rupees.

Reliance shares jumped as much as 3.8 % on Monday to hit a fresh all-time high, before closing 3.3 % higher.

Bharti Airtel led gains on the broader NSE index, climbing as much as 5.8 % to hit its highest level since May 2009.

Idea Cellular Ltd surged as much as 8.8 % to touch its highest since July 25, while Reliance Communications Ltd rose as much as 9.5 %.

Jio`s tariff plans included a mix of price hikes or reduced benefits, such as charging 15 % more for an 84-day plan that offers users up to 1 gigabyte of 4G data per day, and reducing the validity for its 399 rupee pack to 70 days from 84 days.