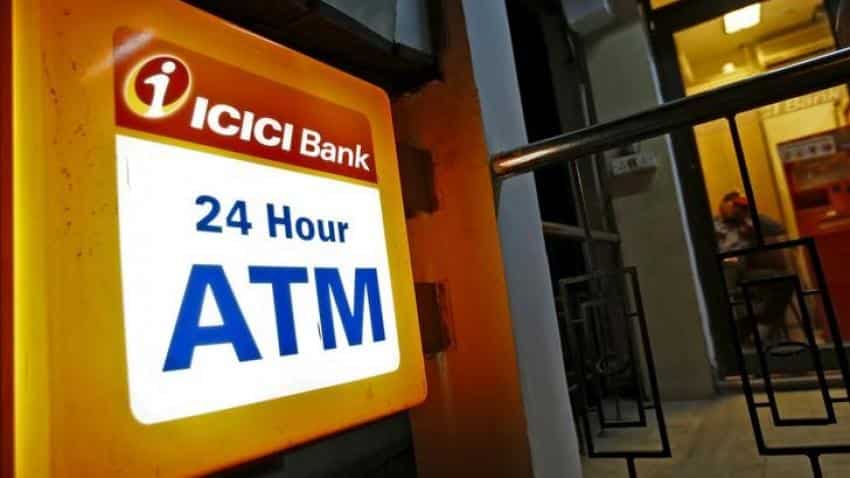 Monitor of an automated teller machine of ICICI Bank is pictured inside a counter in New Delhi. Pic: Reuters
RELATED NEWS

ICICI Bank Ltd, India`s third-biggest lender by assets, reported a bigger-than-expected 34 percent fall in second-quarter profit on lower income and due to higher provisions for stressed loans and bankruptcy cases.

ICICI, among the three domestic banks considered "too big to fail" by the country`s central bank, said net profit was 20.58 billion rupees ($316.51 million) in the quarter ended Sept. 30, compared with 31.02 billion rupees a year ago. (http://bit.ly/2gO9pgG)

Analysts on average had expected a net profit of 24.91 billion rupees, according to Thomson Reuters data.

ICICI said non-interest income in the quarter included gains of 20.12 billion rupees from sale of stake in ICICI Lombard General Insurance which listed this year, lower than 56.82 billion rupees raked in from the stake sale in ICICI Prudential Life Insurance in the year ago quarter.

ICICI, which has the highest bad loans in absolute terms among private-sector lenders in the country, said its total provisions, including for loan losses, were 45.03 billion rupees in the September quarter, higher than 26.09 billion rupees three months ago, but 36 percent lower than a year ago.

Gross bad loans as a percentage of total loans stood at 7.87 percent at end-September, versus 7.99 percent at end-June and 6.12 percent a year ago. Net interest income and fee income rose by 9 percent each in the quarter.

Soured loans in India`s banking sector hit a record 9.5 trillion rupees as of end-June, choking fresh lending in an economy where banks are the main source of funds for construction ranging from roads, ports to factories. Twenty one state-run lenders account for the bulk of the soured loans.