Have we entered into a full-blown bear market? History would beg to differ 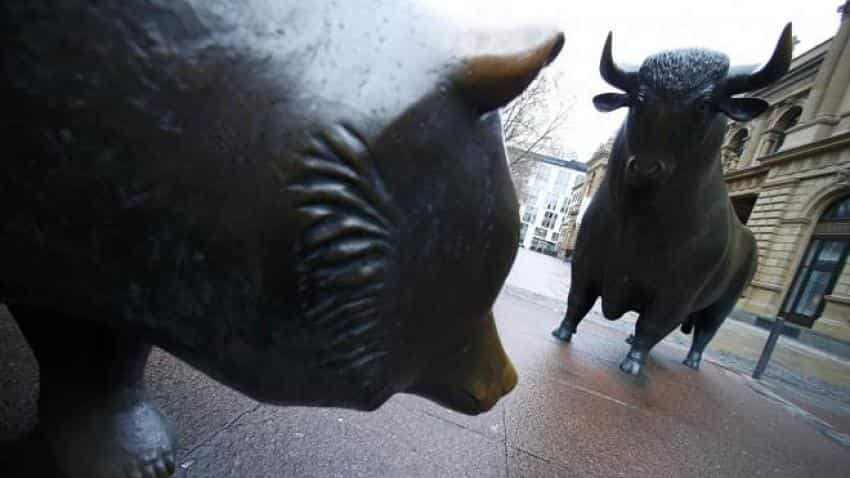 Goldman Sachs tallied 11 pullbacks of at least 10 percent since 1976 that did not occur around a recession. Image source: Reuters
Written By: Reuters
RELATED NEWS

Faith in the economy is reason to think this current stock market correction is unlikely to deepen into a full-blown bear market.

That is the read of stock market strategists and other market watchers looking at past pullbacks of at least 10 percent on the S&P 500 and whether the benchmark index is likely to extend its decline to 20 percent, or bear market territory.

The S&P confirmed it had entered correction territory last Thursday, when it closed down 10.2 percent from its Jan. 26 high. Stocks have rebounded sharply in the two sessions since then, posting their biggest two-day percentage gain since June 2016 and cutting the decline to 7.6 percent as of Monday close.

While not discounting the possibility that stocks could renew their slide, market strategists said the shaky economic conditions that tend to presage a bear market were absent.

"We just don`t see a bear market starting with the economy as strong as it is," said Ryan Detrick, senior market strategist at LPL Financial in Charlotte, North Carolina. "You rarely see bear markets during a non-recessionary environment."

Goldman Sachs tallied 11 pullbacks of at least 10 percent since 1976 that did not occur around a recession. Only one of those, in 1987, turned into a bear market.

A bear market would mean the S&P 500 falls below 2,300, from its current level of around 2,660, "which history suggests is unlikely to occur without a recession," Goldman Sachs equity strategists said in a research note.

While a recession - a period of significant decline in economic activity - is not determined until after it occurs, market watchers cite indicators that the economy is still doing well.

For example, S&P 500 profits are expected to rise 18.8 percent in 2018, a bigger increase than the 12 percent projected at the start of the year, according to Thomson Reuters.

"You never know, but just the fact that earnings are expanding as strong as they are, (indicates) in our opinion very little chance of a recession over the next 12 months," Detrick said.

Another key recession indicator, the Treasury yield curve, is also not flashing a warning sign, said Jeffrey Kleintop, chief global investment strategist at Charles Schwab in Boston. The longer-term 10-year Treasury note is 128 basis points above the short-term 3-month bill, wider than the 102 basis points at the close of 2017.

Investors see such a steepening yield curve as a sign of economic strength, while flat or inverted is seen as a harbinger of recession.

Indeed, the speed of the latest selloff - which only took 13 calendar days from peak to a 10 percent decline - could indicate a quicker than usual rebound.

CFRA Research looked at 21 corrections that did not result in bear markets in the past 70 years. Using their median timelines, those corrections took 98 days generally to reach bottoms, and 84 days to recover to their prior peaks.

The faster corrections, which took 38 days to reach bottom generally, recovered in 71 days.

In the 11 non-recession corrections since 1976, the S&P 500 typically declined by 15 percent, according to Goldman Sachs. But, Goldman said, an investor who bought the S&P 500 10 percent below its peak without waiting for a bottom "would have experienced median 3-, 6-, and 12-month returns of 6 percent, 12 percent, and 18 percent."

Comparing this correction to past ones may hold limited insight. The year leading up to the selloff was unusually tranquil in the markets, with 2017 holding the fewest 1 percent daily swings since 1965, according to LPL.

In 1987, the Black Monday stock market crash was attributed in part to the unintended consequences of programmed trading and market hedges. Similarly, in the latest selloff some investors have voiced concerns about the market being caught off guard by the sudden unwinding of bets against market volatility, and that the ramifications of that may still be playing out.

"Where we could be wrong is if it is something like 1987 where this is a complete disconnect from the fundamentals and is something technical and an imbalance within the market itself," Kleintop said.

"It doesn`t look like that`s the case, but it`s hard to know where all the bodies are buried when it comes to this short volatility trade."