Asserting that workers are backbone of the economy, Gangwar said it is for the first time that minimum wages have been enhanced for all sectors, including agriculture and construction. 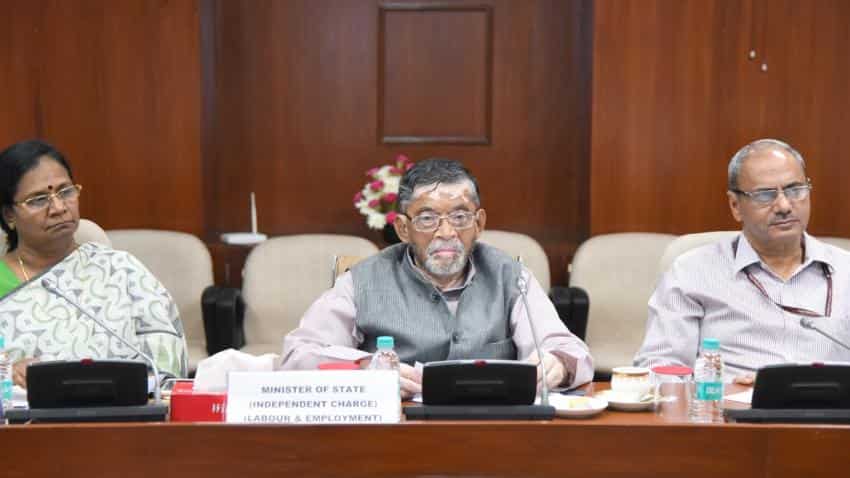 The government is committed to labour reforms and simplification in the related laws to safeguard workers' interest, Labour and Employment Minister Santosh Kumar Gangwar said today.

Listing a slew of steps to protect workers' interest, the minister said provisions have been made in the Employees' Compensation (Amendment) Act, 2017 to increase the penalty for its contravention from Rs 5,000 to Rs 50,000, which is extendable to Rs 1 lakh.

Terming it a major step towards simplification of laws and ease of doing business, the minister said technology is used widely for administrative and other reforms so that labour laws could be made rational.

Asserting that workers are backbone of the economy, Gangwar said it is for the first time that minimum wages have been enhanced for all sectors, including agriculture and construction.

Besides, the Payment of Bonus Amendment Act has enhanced the bonus eligibility limit from Rs 10,000 to Rs 21,000 per month.

Listing other reforms, he said the government has ensured that employment of children below 14 years is prohibited besides, prohibiting working of teenagers in the age-group of 14 to 18 years in hazardous occupations.

Also maternity benefit has been enhanced to 26 weeks from 12 weeks for two kids and ensured that payments to employees are deposited in their bank accounts by employers.

Gangwar gave away the Vishwakarma Rashtriya Puraskar to 111 individuals in recognition of outstanding suggestions given by worker or group of workers and implemented by the management resulting in improvement in quality, productivity and working conditions such as safety, health and environmental conservation.

The National Safety Award was also given to 126 (73 winners & 53 runners-up) in recognition of outstanding safety performance of industrial establishments, construction sites and ports, among others to stimulate and maintain the interests of both the management and the workers in accident prevention programmes.

Gangwar said the 'Vishwakarma Diwas' also happened to be the birthday of Prime Minister Modi and under his strong able dynamic leadership, India is poised to become a developed country as in the last three years rapid industrialisation, make in India, skill India, employment generation and sustainable development has been the top priority and agenda of this government.

She said the government has been consistently working for providing better working conditions and promoting safety and health for the welfare of the workforce.

The ministry is working to develop a National OSH (occupational safety and health) profile in line with ILO Conventions to help understand the OSH profile of the country, which will lead to plug in the gaps for implementation of policies and programmes, she added.