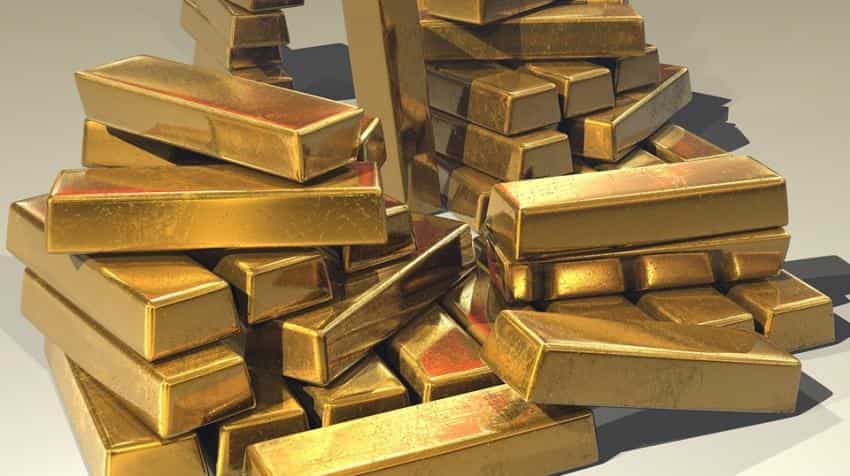 The settlement will be made on the first business day of the next week for the applications received during a given week. Image Source: Pixabay
Written By: PTI
RELATED NEWS

Sovereign Gold Bond Scheme: Apply online and save; read all about it here

The government has fixed the purchase price of Sovereign Gold Bond (SGB) at Rs 2,971 per gram.

For the subscription period from October 23-25, the issue price will be Rs 2,971 per gram with Settlement on October 30, a Finance Ministry statement said today.

This is part of SGB calender announced till December spread over 12 weeks. As per the calender it will open for subscription from Monday to Wednesday of every week starting from October 9 until December 27. The first tranche under this closed on October 11.

The settlement will be made on the first business day of the next week for the applications received during a given week.

"The Government of India in consultation with the Reserve Bank of India, has decided to allow discount of Rs 50 per gram from the issue price to those investors who apply online and the payment is made through digital mode," it said.

For such investors, the issue price of gold bond will be Rs 2,921 per gram.

Under the scheme, the bonds are denominated in units of one gram of gold and multiples thereof. Minimum investment in the bonds is one gram with a maximum limit of subscription of 500 grams per person per fiscal year (April-March).

The maximum limit of subscribed would be 4 kg for individual and HUF and 20 kg for trusts and similar entities per fiscal (April-March) notified by the government from time to time.

The annual ceiling will include bonds subscribed under different tranches during initial issuance by the government and those purchase from the secondary market.

Investors in these bonds have been provided with the option of holding them in physical or dematerialised form.

Sovereign Gold Bond Scheme: Apply online and save; read all about it here