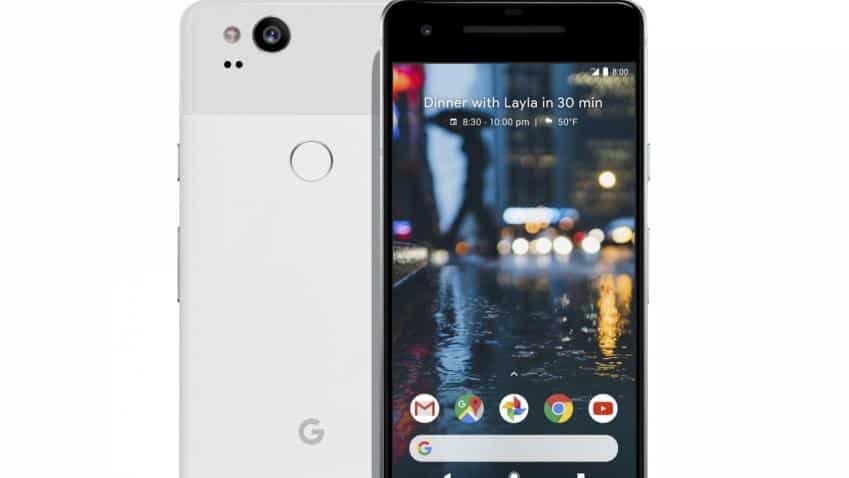 Google had launched the Pixel 2 and Pixel 2 XL in October this year. Image Source: IANS

Tech giant Google today said it has started retailing its flagship smartphone, Pixel 2 in the Indian market from today, priced at Rs 61,000.

Google had launched the Pixel 2 and Pixel 2 XL in October this year.

The devices, which compete in the premium segment with gadgets like Apple's iPhone 8 and X as well as Samsung's Note 8, will be available in markets like the US, the UK and Australia apart from India.

Pixel 2 will be available in India on Flipkart (online) and through offline partners like Reliance Digital, Croma, Poorvika, Sangeetha Mobiles, Vijay Sales and others for Rs 61,000 (64GB) and Rs 70,000 (128GB), Google said in a statement.

Google will bring its Pixel 2 XL (6-inch display) into the Indian market from November 15 onwards.

In a separate statement, Google said its first Cloud Region has gone live in Mumbai, a move that will help the tech giant offer cloud platform services to developers and enterprise customers in India.

"The new region will help customers build applications and store their data, and significantly improve latency for customers and end users in the area," Dave Stiver, Product Manager at Google Cloud Platform, said.

He added that hosting applications in the new region can improve latency for end users in Chennai, Hyderabad, Bengaluru compared to hosting them in the other closest region, Singapore.

Google, however, did not disclose the investments made.

The new Mumbai region joins cities like Singapore, Taiwan, Sydney and Tokyo in Asia Pacific that house a similar infrastructure.