The greenback gained on a strong reading of U.S. factory orders and the services sector, reversing earlier losses after an underwhelming October jobs report. 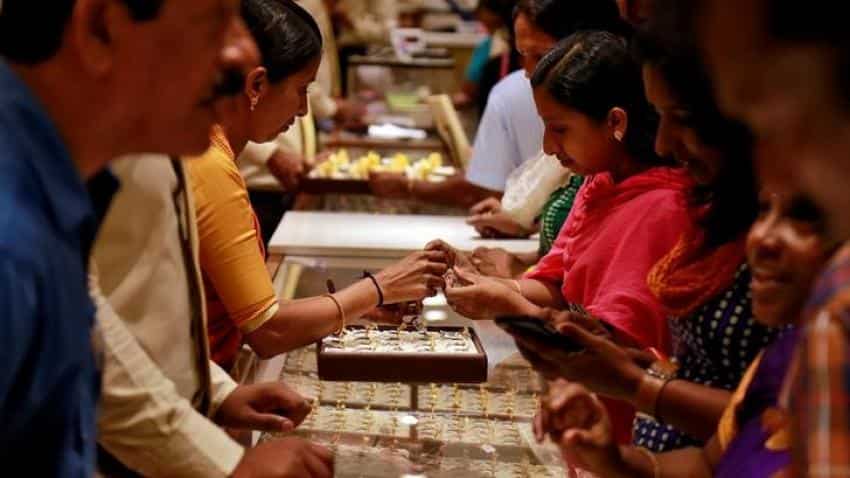 Gold fell to a one-week low as consensus-beating U.S. economic data pushed the dollar higher, outweighing the impact of a lacklustre jobs report.

The greenback gained on a strong reading of U.S. factory orders and the services sector, reversing earlier losses after an underwhelming October jobs report.

"The data was in a conflicting sequence but it is overall making the case for not just one further rate hike by the Fed in December but also for further, gradual increasing of rates in 2018," said Quantitative Commodity Research consultant Peter Fertig.

"The outlook for the interest side remains towards a stronger U.S. dollar so there are headwinds for gold."

The interest rate outlook for the coming year is largely unchanged by President Donald Trump`s appointment of Jeremy Powell as Fed chairman as analysts said it signalled a continuation of Janet Yellen`s cautious monetary policies.

"The general trend for gold over the last week has been positive, but the market will need to find a catalyst within the host of data released tonight to push through the strong resistance at $1,280," MKS PAMP analyst Tim Brown wrote in a note.

World stock markets dipped on Friday, putting them on track for their first decline in seven sessions in the wake of U.S. payrolls data.

Meanwhile in Asia, demand for physical gold was lacklustre this week in top consumers India and China, while the lure of the metal remained stable in Singapore, but India`s peak wedding season is expected to usher in renewed interest for bullion in coming weeks.

Spot gold looks neutral in a narrow range of $1,263-$1,281 per ounce, and an escape could suggest a direction, according to Reuters technical analyst Wang Tao.