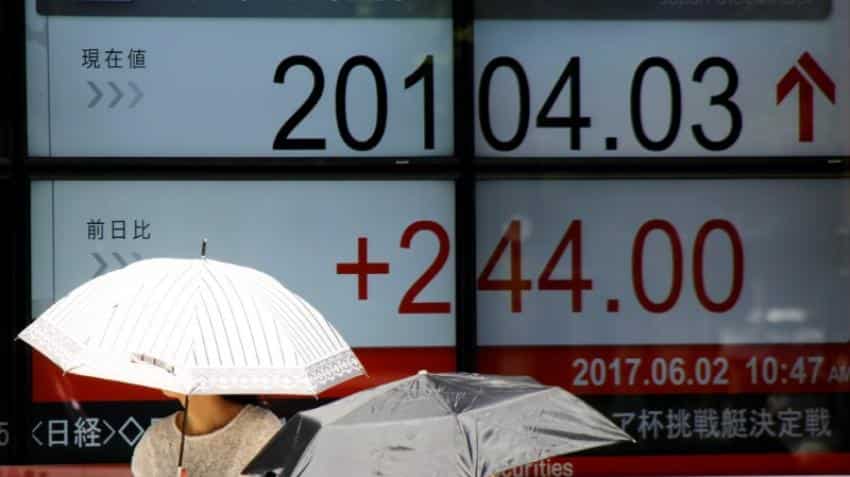 GM to combine Asian, Latam operations as it ramps up electric

Indian markets fell by nearly 2% during the week on FII outflows, geo-political concerns

MSCI's broadest index of Asia-Pacific shares outside Japan edged up 0.1%, poised for a 1.4% gain on the week.

The S&P 500 posted its sixth straight record high close on Thursday, its longest run since 1997, as investors cheered increased prospects for a tax overhaul with Congress moving closer to agreement on a budget resolution.

Thursday's data showed the number of Americans filing for unemployment benefits fell more than expected, a narrowing in the trade deficit and evidence of strong orders for core capital goods.

The latest boost in US economic optimism lifted Treasury yields and helped take the dollar index against a basket of major currencies to the seven-week high.

US data released this week has been solid on the whole, with investor focus now turned to the closely-watched nonfarm payrolls report due at 1230 GMT.

Of key interest to the financial markets was how hurricanes Harvey and Irma may have impacted employment in September.

"The hurricanes have made employment conditions difficult to pin down and market reaction could be limited regardless of how strong or weak the outcome is," said Shin Kadota, senior strategist at Barclays in Tokyo.

Economists expect just 90,000 new US jobs for September, down from 156,000 in August, according to a Reuters poll.

"If the results are strong, it would enhance expectations for the Fed to raise interest rates in December. But whether expectations for rate hikes beyond December could be raised is another matter, with the Fed keeping a cautious stance on prices and with (Chair Janet) Yellen`s term ending in February," Kadota at Barclays said.

Interest rate futures traders are now pricing in an 86 % likelihood of a December rate hike, up from 78 % a week ago, according to the CME Group's FedWatch Tool.

GM to combine Asian, Latam operations as it ramps up electric

Indian markets fell by nearly 2% during the week on FII outflows, geo-political concerns