Foundation for poverty-free India to be laid by 2022: Niti Aayog 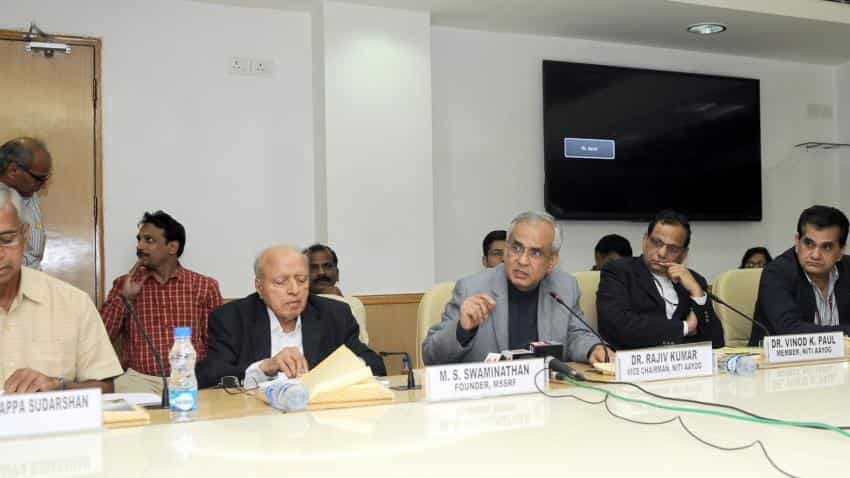 Niti Aayog in a presentation today said the foundation for freedom from six problems -- poverty, dirt, corruption, terrorism, casteism and communalism -- will be laid by 2022 when India celebrates 75 years of Independence.

The presentation published on its website "made a detailed case for making development a mass movement and thereby, laying firm foundation by 2022 for achieving a New India and securing the six freedoms (poverty, dirt, corruption, terrorism, casteism and communalism)," Niti Aayog Vice-Chairman Rajiv Kumar said.

The presentation, which was made by Kumar at Conference of Governors last month, talked about a New India by 2022 which would be free from poverty, dirt, corruption, terrorism, casteism and communalism.

It did not clearly state that Niti Aayog was talking of laying foundation for freedom from these six problems by 2022.

However, the vice-chairman later in the evening clarified that he implied laying of foundation for freedom from the six problems by 2022.

The document talks about connecting all villages with habitations over 500 (250 in special areas) with all-weather roads by 2019 under Pradhan Mantri Gram Sadak Yojana (PMGSY).

Referring to education and skill development, it says India should have 20 world class higher education institutions by 2022.

It also visualises that all villages selected under Pradhan Mantri Adarsh Gram Yojana (PMAGY) should attain model village status by 2022.

How many EV charging stations India need to match global benchmark? Find out