The US automaker would shift capital investment away from sedans and internal combustion engines to develop more trucks and electric and hybrid cars. 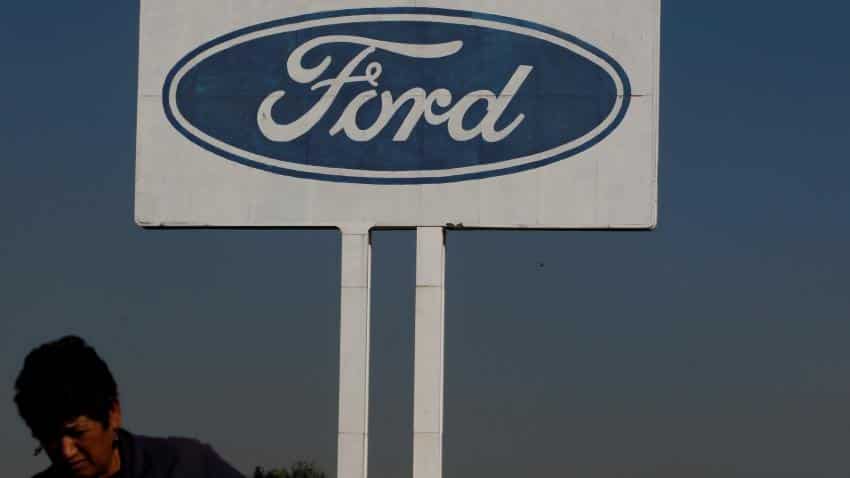 A sign board with the Ford Motor logo. Photo: Reuters
Written By: Reuters
RELATED NEWS

Ford Motor Co plans to slash $14 billion in costs over the next five years, Chief Executive Officer Jim Hackett told investors on Tuesday, adding that the No 2 US automaker would shift capital investment away from sedans and internal combustion engines to develop more trucks and electric and hybrid cars.

Hackett said Ford will be open to more partnerships to spread the costs and risks of simultaneously developing new technology while still churning out profits from its legacy business of selling trucks and sport utility vehicles in North America. He cited a partnership with ride services company Lyft to develop technology to deploy self-driving cars.

Ford reaffirmed a goal of achieving 8% automotive operating margins and generating returns that exceed the cost of capital. Ford will provide a financial forecast for 2018 in January. Ford Chief Financial Officer Bob Shanks said Ford has reworked the way it forecasts revenue growth to be "much more grounded."

Ford shares were little changed after hours as Hackett and other executives presented their outlook. Ford shares had risen 2% on Tuesday, up with other automotive stocks as the industry reported the highest sales pace in a dozen years.

Hackett has signed off on a series of moves, including a plan to shift production of Ford Focus compact cars from Michigan to China. He also hired a company outsider, Jason Luo, to lead Ford`s business in China, the world`s largest car market, where Ford is revamping operations and looking to expand partnerships in electric vehicles.

Hackett`s plan indicated that Ford is playing catch up in some areas. For instance, he said that by 2019, Ford plans to equip all U.S. models with built-in modems and to install mobile internet connections in 90 percent of global vehicles by 2020

"We have too much cost across our business," Hackett said.

By 2022, Ford plans to cut spending on future internal combustion engines by a third, or about $500 million, putting that money instead into expanded electric and hybrid vehicle development, on top of $4.5 billion previously announced. Ford had already promised 13 new electric or hybrid vehicles within the next five years.

Ford is “looking to build sustainably profitable BEV business” in segments where “we have a strong revenue presence,” Jim Farley, head of global markets, told investors.

By 2030, Ford expects about a third of vehicles to be battery electric, a third hybrids and a third internal combustion.

Electric vehicles will mean auto factories can have a final assembly area that is half the size, requires half the capital investment and 30 percent fewer labour hours per car, said Joe Hinrichs, president of global operations.

GM on Monday said it planned to launch 20 new all-electric vehicles by 2023.

One way to cut costs will be to offer fewer variations of Ford`s models, Hackett said. The slow-selling Ford Fusion midsize sedan can now be ordered in 35,000 combinations of features, colours and powertrain options. The future model will come in just 96 combinations, Ford showed in a presentation.

He said Ford also will cut the time it takes to engineer a new car by 20 percent, and invest in "factories of the future" that will occupy less space and use more robots.