Chancellor Angela Merkel said on Monday her efforts to form a three-way coalition government had failed, thrusting Germany into a political crisis and pushing Europe`s largest economy closer to a possible new election. 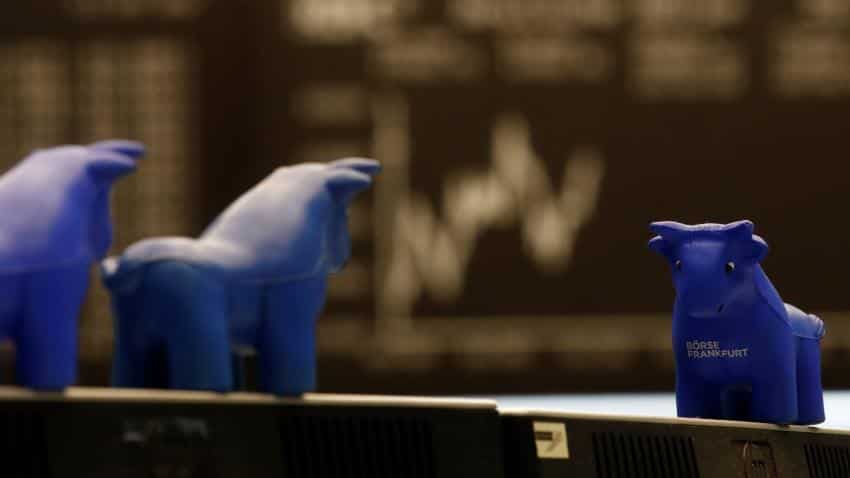 The German share price index, DAX board, is seen at the stock exchange in Frankfurt. Photo: Reuters
Written By: Reuters
RELATED NEWS

European stocks slipped and safe haven government bonds were in demand early on Monday as the collapse of coalition talks in Germany served as a reminder of political risk that still runs as an undercurrent in Europe.

Chancellor Angela Merkel said on Monday her efforts to form a three-way coalition government had failed, thrusting Germany into a political crisis and pushing Europe`s largest economy closer to a possible new election.

German stocks led the move downward, with the country`s main index down by over 0.2 percent, pulling the main pan-European broader Euro STOXX 600 index lower by a similar amount.

Investors instead preferred safe haven government bonds: the yield on Germany`s 10-year government bond, the benchmark for the bloc, edged lower to a 1-1/2 week low of 0.35 percent at one stage.

"The collapse of the talks was a surprise and there is little clarity on how things will unfold from here. It adds to uncertainty which is weighing on risk sentiment in world markets," said Rainer Guntermann, rates strategist at Commerzbank.

Other analysts said however, that the overall sentiment towards the euro zone remains positive, reflected in the resilience of the euro on Monday.

"The eurozone political story is an outlier at the moment in the G10 currency trading space. The German political news over the weekend is not a game changer in our view," said Viraj Patel, a currency strategist at ING in London. "The broader story still remains of a recovering eurozone with improving fundamentals."

And so the euro, which had dipped to as low as $1.1722 at one stage, was back up on the day by 0900 GMT, resuming a more than 2 percent recovery against the dollar over the past two weeks.

In Asia, MSCI`s broadest index of Asia-Pacific shares outside Japan was off its session lows to be slightly down, as volatile Chinese shares reversed earlier sharp losses.

This after Wall Street had ended last week on a sour note with major indexes slipping as investors weighed the fate of the Republicans` tax overhaul plan.

The dollar edged lower against a basket of major currencies on Monday, and was close to one-month lows hit last week.

Oil rebounded more than 2 percent on Friday after falling for five straight session as a major U.S. crude pipeline was shut and traders anticipated an OPEC deal to extend curbs on production.

But crude prices still fell for the first week in six, pressured by rising U.S. output data and doubts that Russia would support an extension of the OPEC output cut deal.