Disney said on Thursday its new family-friendly streaming service will cost $7 monthly or $70 annually with a slate of new and classic TV shows and movies from some of the world`s most popular entertainment franchises in a bid to challenge the digital dominance of Netflix. 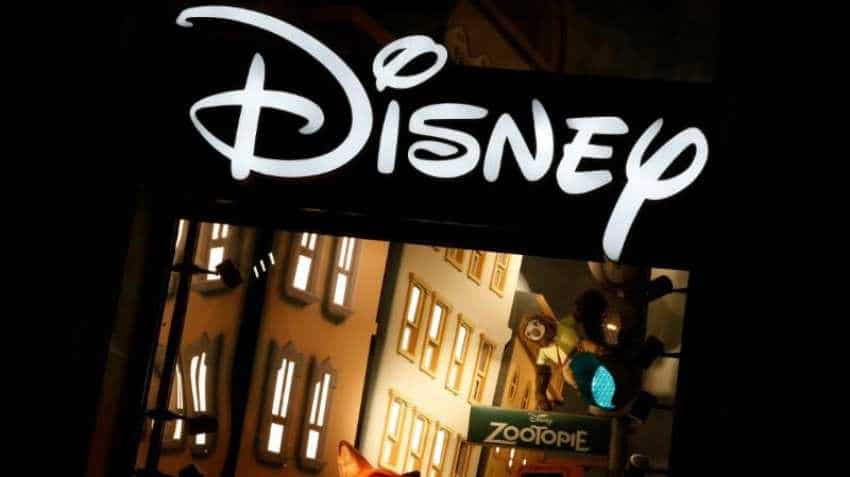 Disney will join the market at a time when audiences are facing a host of choices, and monthly bills, for digital entertainment, Photo: Reuters
Written By: Reuters
RELATED NEWS

Walt Disney Co priced its highly anticipated streaming video service below Netflix in an aggressive move to challenge the dominant streaming service and entice families to buy yet another monthly subscription. Disney said on Thursday its new family-friendly streaming service will cost $7 monthly or $70 annually with a slate of new and classic TV shows and movies from some of the world`s most popular entertainment franchises in a bid to challenge the digital dominance of Netflix.

The ad-free monthly subscription called Disney+ is set to launch on Nov. 12 and in every major global market over time, the company said. In addition to Disney films and TV shows, it will feature programming from the Marvel superhero universe, the "Star Wars" galaxy, "Toy Story" creator Pixar animation the National Geographic channel and the entire library of "The Simpsons."

"What we are putting forward is an aggressive strategy," Disney Chief Executive Bob Iger told analysts at the presentation. "We`ve got to be very serious and all in on it."

The company set a target of luring between 60 million to 90 million subscribers and achieving profitability in fiscal year 2024. It plans to plow a little over $1 billion in cash to finance original programming in fiscal 2020 and about $2 billion by 2024.

The cost of the service was lower than the $7.50 per month that Wall Street analysts expected on average, according to a Reuters poll, and could likely be seen as a stronger bid to appeal to more customers.

To get it in front of more people, Disney said it has struck deals with Roku Inc and Sony Corp to distribute Disney+ on streaming devices and console gaming systems and expects it to be widely available on smart televisions, tablets, and other outlets by launch. It did not mention if it would be available on Apple Inc`s upcoming video service.

Disney kicked off its presentation to Wall Street analysts at its Burbank, California, headquarters on Thursday with a video that demonstrated the breadth of its portfolio, showing clips from dozens of classic TV shows and movies from "Frozen" and "The Lion King" to "Avatar" and "The Sound of Music."

The transformation of the Mouse House, as it is known, from a cable television powerhouse into a leader of streaming media could be Iger`s final legacy as he told Wall Street analysts he would not extend his contract beyond 2021 and was working with the board of directors on a succession plan.

Executives said they see opportunities to take its ESPN+ sport streaming video service to Latin America and are looking into international expansion of its Hulu streaming video business, which offers movies and shows targeted to adults.

Disney also forecast Hulu`s subscribers to reach 40 million to 60 million by fiscal 2024 and reach profitability in the United States by either 2023 or 2024. Hulu currently has 25 million subscribers and is expected to lose $1.5 billion in the current fiscal year.

The digital push is Disney`s response to cord-cutting, the dropping of cable service that has hit its ESPN sports network and other channels, and the rise of Netflix Inc. The Silicon Valley upstart has amassed 139 million customers worldwide since it began streaming 12 years ago.

Disney will join the market at a time when audiences are facing a host of choices, and monthly bills, for digital entertainment. Apple, AT&T Inc`s WarnerMedia and others plan new streaming services.

Disney had been supplying new movies such as "Black Panther" and "Beauty and the Beast" to Netflix after their runs in theaters but ended that arrangement this year to feed its own streaming ambitions. The company estimated it is foregoing $150 million in licensing revenue this fiscal year by saving programming for its own platforms.

The Disney+ programming will draw in part from Disney`s deep library of classic family films. It also will include exclusive original content such as a live-action "Star Wars" series called "The Mandalorian," a show focused on Marvel movie villain Loki, and animated "Monsters at Work," inspired by hit Pixar movie "Monsters Inc."

Some new Disney movies, such as a "Lady and the Tramp" remake, will go directly to the Disney+ app. Other new releases will appear on Disney+ after their run in theaters and after they cycle out of the home video sales window, executives have said.