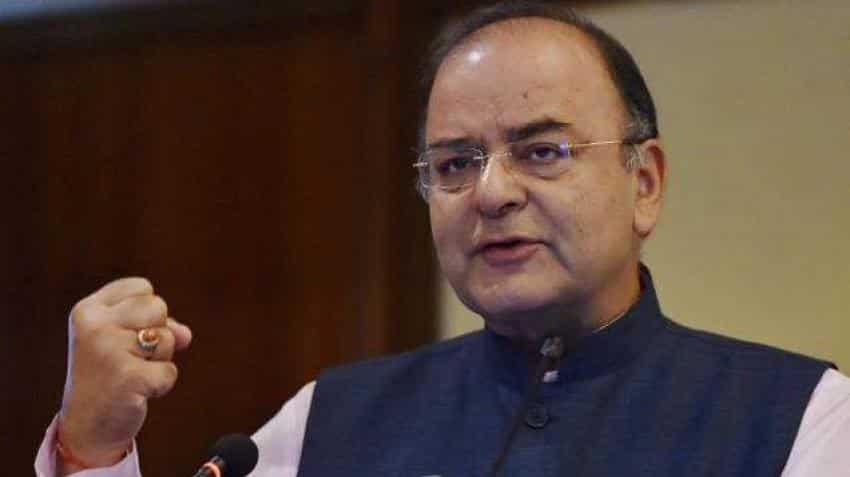 USIBC recommended that the compliance burden should be reduced on service sector by reducing the frequency of return filing. Image source: PTI
Written By: PTI
RELATED NEWS

Ahead of the Budget, corporate America has urged Finance Minister Arun Jaitley for further reduction in tax uncertainty for multinational companies and institutional investors, a step which it said would help attract more foreign direct investments to India.

"A significant positive step toward improving the investment climate would be to further reduce tax uncertainty for multinational companies and institutional investors in India," Nisha Desai Biswal, the president of the US India Business Council (USIBC), said in a memorandum submitted to Jaitley.

When tax costs are uncertain, particularly in a foreign country, investors normally provide for them on a most conservative basis, she observed.

"Therefore, tax uncertainty results in an increase of risk when investing in any given project drives investors to either withhold investments or require a higher rate of return to account for this risk, thus raising the cost of capital in the uncertain market," said Biswal, who was the Obama administration's point person for South and Central Asia.

Welcoming Prime Minister Narendra Modi's plans to "transform" India's economy and his efforts to promote India as a global investment destination, the USIBC said for India to be successful in attracting the international investors, it needs to create a more stable and predictable fiscal regime and address retrospective taxation and legacy cases that remain open.

"USIBC members believe that unless resolved, the lack of clarity in the government's approach to taxation risk will undermine progress in other areas of the economy and will continue to damage India's reputation among investors," said the memorandum running into 39 pages.

Describing it as a major concern for international investors, including USIBC members, Biswal said by rescinding the historical retrospective tax legislation, India would have an opportunity to proceed to a satisfactory resolution of legacy cases which would be beneficial to both India and the companies involved.

As indicated by the high-profile nature surrounding recent cross-border tax rulings, one of the primary frustrations of foreign multinational companies investing in India is an often inconsistent transfer pricing regime and a lack of a predictable, efficient dispute resolution mechanism, the USIBC rued.

"To facilitate cross-border trade and investment without the barrier of double taxation, the Government of India and the US Government should reaffirm the shared commitment to improving tax dispute resolution. To that end, the two governments should work to modernize the US-India Bilateral Tax Treaty to reflect the current business and investment environment," the memorandum said.

USIBC recommended that the compliance burden should be reduced on service sector by reducing the frequency of return filing. For e.g. instead of monthly returns, service sector companies should be allowed to file tax returns on a half- yearly basis.

Noting that the industry is very pleased to see the significant progress in capital market reforms made over the past several years by the Ministry of Finance and others, USIBC said, however, continued lack of predictability in some tax policy stands as a "major deterrent" to Indian markets for global capital, dampening the effects of any policy and regulatory reforms made to encourage this capital.