A bill to replace the Companies (Amendment) Ordinance, 2018, that was promulgated in November could not be passed during the last session of the current Parliament. 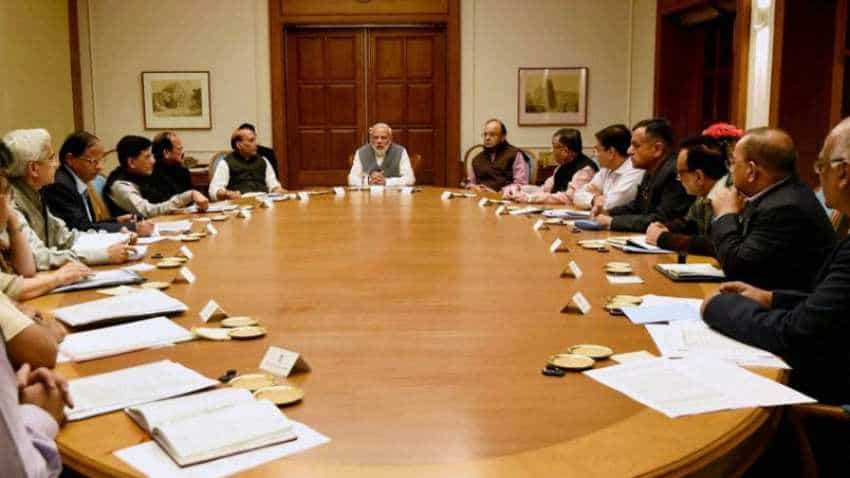 As many as 16 minor offences have been re-categorised as "purely civil defaults" which would help de-clog special courts. (Department of Technology)

The Union Cabinet Tuesday approved promulgating an ordinance for companies law amendments to plug gaps in corporate governance and enforcement framework as well as improve the ease of doing business.

A bill to replace the Companies (Amendment) Ordinance, 2018, that was promulgated in November could not be passed during the last session of the current Parliament.

Hence, the government has decided to promulgate the Companies (Second Amendment) Ordinance, 2019.

"The amendments have been brought in to address the need to impose civil liability for technical and procedural defaults of a minor nature," the government said.

Further, the changes have been made to plug gaps in the corporate governance and enforcement framework covering a wide range of issues.

As many as 16 minor offences have been re-categorised as "purely civil defaults" which would help de-clog special courts.

"Currently, around 60 per cent of the 40,000 odd cases pending in courts pertain to sections dealing with procedural lapses that are proposed to be shifted to in-house adjudication mechanism thereby incentivising compliance by corporates, it added.

Citing an analysis of data, the government said that it demonstrates that most of the cases initiated or pending relate to procedural lapses such as non-filing of financial statements and non-filing of annual returns.

"It was felt that if such violations are re-categorised and allowed to be adjudicated in an in-house mechanism through payment of monetary penalties, the burden on special courts would be drastically reduced and more effective and speedy progress of the more serious cases would be possible," the release said.

Besides, certain routine functions from the National Company Law Tribunal (NCLT) would be transferred to the central government. These include dealing with applications for change of financial year and conversion from public to private companies.

According to an official tweet, under the amended law, non-maintenance of registered office and non-reporting of commencement of business would be grounds for striking off the name of a company from the register.

Among others, breach of ceiling on directorships would be a ground for disqualification of a director.

There would also be stringent provisions with reduced timelines for creation and modification of charges under the companies law, according to the tweet.

The amendments are aimed at filling critical gaps in the corporate governance and compliance framework as well as simultaneously extend "greater ease of doing business to law-abiding corporates", it added.

The Companies (Amendment) Bill, 2019, was introduced in the Lok Sabha on December 20 and passed by the House on January 4. However, the Bill was not passed in the Rajya Sabha.