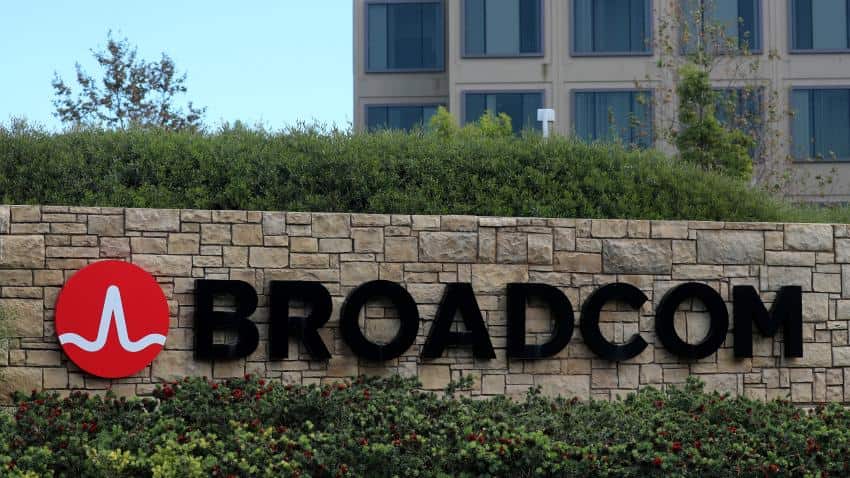 A sign to the campus offices of chip maker Broadcom Ltd, who announced on Monday an unsolicited bid to buy peer Qualcomm Inc for $103 billion, is shown in Irvine. Image Source: Reuters

While the timing of the new offer is uncertain, Broadcom`s bid preparations indicate that it is planning to apply pressure on Qualcomm to engage in negotiations by offering more to its shareholders, in addition to threatening to replace its board of directors.

Broadcom`s Chief Executive Hock Tan has stated he is open to launching a takeover battle and sources have previously said the company is preparing to submit a slate of directors by Qualcomm`s Dec. 8 nomination deadline. Qualcomm shareholders that want the company to engage in deal talks with Broadcom will be able to vote for that slate at a March 6 shareholder meeting.

Broadcom has offered to pay $103 billion for Qualcomm, made up of $60 per share in cash and $10 per share of its own stock. Raising the offer by adding more of its shares would avoid Broadcom having to raise more debt and further pressure its credit rating, the sources said.

Qualcomm`s shareholders have indicated to Broadcom they expect at least $80 per share in order for Broadcom to be sold, the sources said. Broadcom`s board has not yet decided on the level of any new offer, the sources added.

Broadcom has made several requests for a meeting with Qualcomm since it unveiled its offer on Nov. 6, the sources said. However, Qualcomm has so far rejected these meeting requests, the sources added. Broadcom had not approached Qualcomm in the weeks prior to announcing its offer, according to the sources.

The sources asked not to be identified because the deliberations are confidential. Qualcomm and Broadcom declined to comment.

Qualcomm invented a number of technologies underlying mobile communications and also sells chips used in cellphones and other devices. It is engaged in a patent infringement dispute with Apple Inc

NXP shares have been trading above Qualcomm`s offer price, as many NXP shareholders, including hedge fund Elliott Management Corp, have been holding out for a better price. Qualcomm does not need to decide to raise its offer for NXP until that deal receives antitrust clearance from all the regulators reviewing the deal around the world.