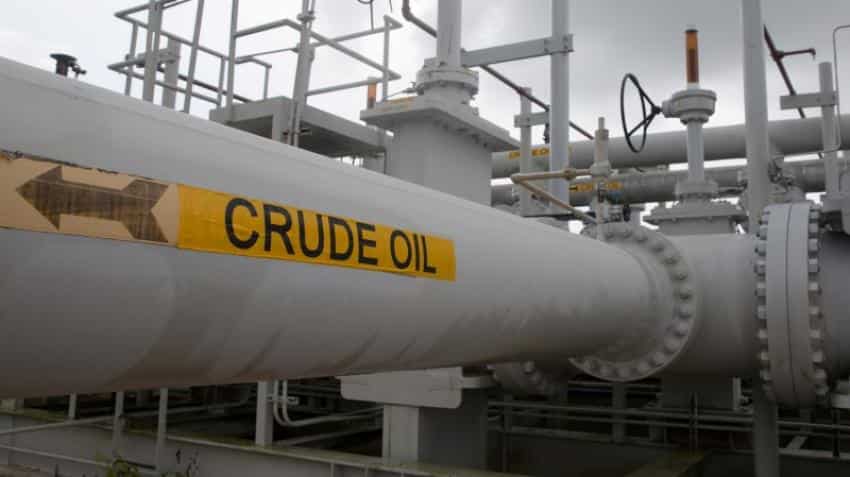 A maze of crude oil pipes and valves is pictured during a tour by the Department of Energy at the Strategic Petroleum Reserve in Freeport. Image Source: Reuters

Brent crude oil prices were near 2015 highs on Tuesday after the unplanned closure of a major North Sea pipeline for repairs, knocking out significant supplies from a market that was already tightening due to OPEC-led production cuts.

"Oil shot higher last night on the news that an important North Sea pipeline which usually carries up to 400,000 bpd is going to be offline for some time as repairs are made to cracks that have opened up," said Greg McKenna, chief market strategist at futures brokerage AxiTrader.

Britain`s Forties oil pipeline, the country`s largest at a capacity of 450,000 barrels per day (bpd), shut down on Monday after cracks were revealed.

The pipeline carries significant amounts of the physical crude that underlies Brent futures.

"The market reaction shows that in a tight market, any supply issue will quickly be reflected in higher prices," said ANZ bank.GOING WIDE

The jump in Brent prices widened its premium to WTI prices to $6.74 a barrel, up from around $5 last week, making U.S. oil exports more attractive.

The cheaper WTI is also a result of rising U.S. oil production

U.S. production is now also not far off that of top producers Russia and Saudi Arabia.

The rising U.S. output threatens to undermine efforts led by the Organization of the Petroleum Exporting Countries (OPEC) and a group of non-OPEC producers, most importantly Russia, to support prices by withholding supplies.

OPEC and its allies started withholding supplies last January and currently plan to continue doing so throughout 2018.