Gains were kept in check, however, by a decline in shares of Apple Inc after it unveiled its newest line of iPhones. 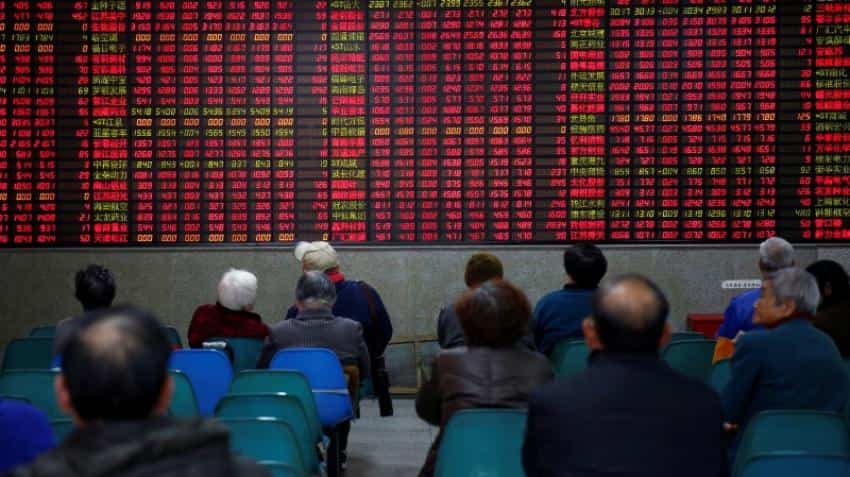 Investors look at an electronic board showing stock information on the first trading day after the New Year holiday at a brokerage house in Shanghai. Photo: Reuters
Written By: Reuters
RELATED NEWS

Asian shares inched up to a 10-year high on Wednesday, cheered by record highs on Wall Street, while the dollar's rise against the yen helped boost Japanese shares.

The S&P 500, Dow Jones industrials and Nasdaq Composite all marked record finishes as investors` concerns faded about North Korean tensions as well as the impact of Hurricane Irma.

Gains were kept in check, however, by a decline in shares of Apple Inc

The new iPhone`s sales will have repercussions beyond Apple for many suppliers as well as its rivals.

MSCI`s broadest index of Asia-Pacific shares outside Japan was slightly higher in early trade, while Japan`s Nikkei stock index added 0.4% to a one-month high, getting a tailwind from a weaker yen.

"The Nikkei is not rising on fundamentals at the moment, but rather on supply and demand moves, as the weaker yen prompts investors to cover short positions" that they took during recent bouts of risk aversion, said Yutaka Miura, a senior technical analyst at Mizuho Securities.

"Lately, we have seen some reactive moves in early trading, and then stabilization or even profit-taking later in the session, and today might be the same," Miura said.

The yen tends to benefit during times of economic and political uncertainty due to Japan`s net creditor nation status, and the expectation that Japanese investors would repatriate assets during times of crisis.

Crude oil futures were mixed after rising on Tuesday, when OPEC forecast higher demand in 2018 and Russia and Venezuela confirmed their commitment to a production-cutting deal to reduce the global crude glut.