Investors are closely watching China and the 19th Communist Party Congress, which winds up on Tuesday and at which President Xi Jinping is expected to release the composition of the Standing Committee. 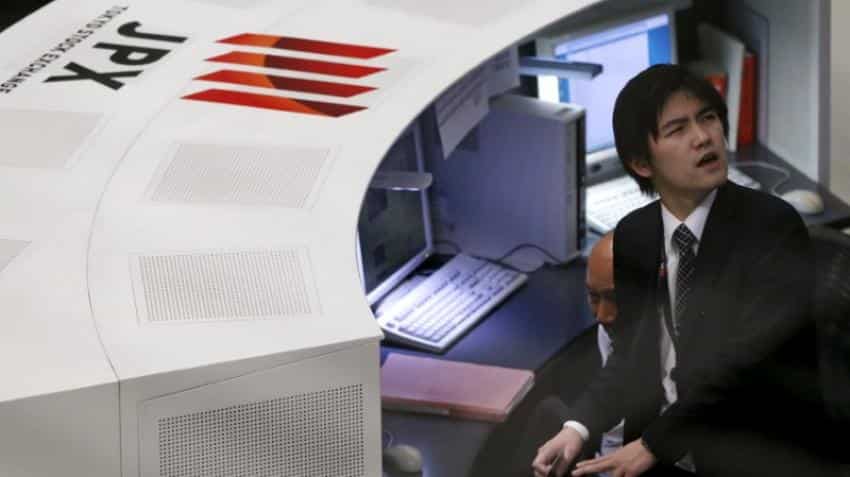 Employees of the Tokyo Stock Exchange (TSE) work at the bourse in Tokyo. Photo: Reuters
Written By: Reuters
RELATED NEWS

Asian shares held within striking distance of recent decade highs on Tuesday even as Wall Street fell from record levels, while currencies kept to narrow ranges ahead of key economic events.

Investors are closely watching China and the 19th Communist Party Congress, which winds up on Tuesday and at which President Xi Jinping is expected to release the composition of the Standing Committee - the apex of power in the country.

Australian shares also edged higher and back toward a 5-1/2 month peak touched on Monday, while Japan`s Nikkei fell 0.2% from a 21-year high.

"Despite a lack of any real movement in markets, we know there are landmines and event risk to work through and this creates opportunity for short-term traders," said Chris Weston, chief strategist at IG Markets.

"Whether the gains can continue this week is obviously yet to be seen. I remain a bull, but of the view that these markets are tired, fatigued and need new information to fuel the beast."

Madrid took the unprecedented step of firing the government of Catalonia on Saturday in a last resort to thwart its push for independence. Catalan leaders called for civil disobedience in response.

In Germany, the far-right Alternative (AfD) party is set to clash with other parties over its nomination for a senior parliamentary post when the Bundestag meets on Tuesday.

The political tensions have weighed on the euro =>

Investors were also biting their nails as suspense builds over who might be the next chair of Federal Reserve after Janet Yellen`s term expires in February.

US President Donald Trump has indicated an announcement is expected "very shortly."

The dollar index inched lower to 93.8 but stayed in sight of a recent two-month peak.