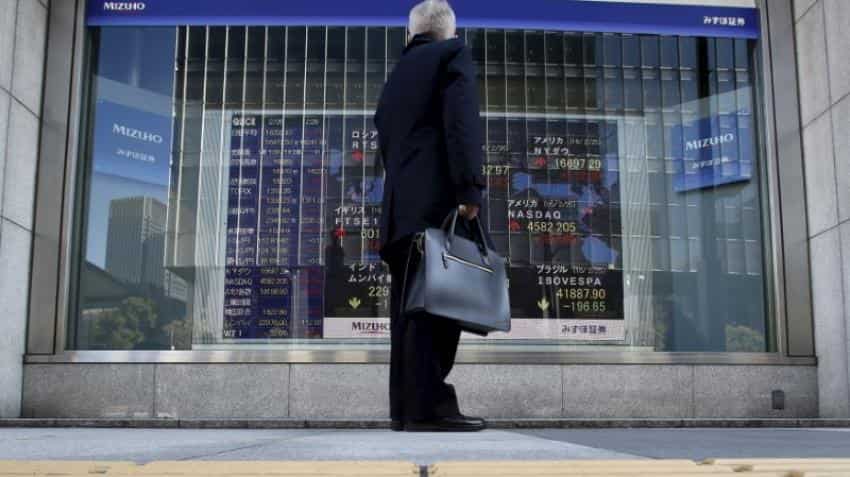 A pedestrian stands to look at an electronic board showing the stock market indices of various countries outside a brokerage in Tokyo. Image Source: Reuters
RELATED NEWS

MSCI`s broadest index of Asia-Pacific shares outside Japan was up 0.1 percent. For the week, it was 2.6 percent lower.

Japan`s Nikkei stock index was up 0.8 percent in early trade, on track to gain 1.6 percent for the week.

"The Nikkei got a lift from the stronger dollar, while the market`s main focus is now whether the tax bill will pass or not," said Yutaka Miura, a senior technical analyst at Mizuho Securities in Tokyo.

On Wall Street overnight, major indexes marked gains, with sentiment lifted by apparent progress toward passage of the tax reform legislation. The S&P 500 hit a record closing high and the Dow Jones industrial average topped the 24,000 mark for the first time.

Chances of passage of a Senate tax bill rose with the endorsement of Senator John McCain, as that branch of Congress moved toward a decisive vote. The House approved its own tax bill on Nov. 16.

The 10-year Treasury yield stood at 2.415 percent in early Asian trade, steady from its U.S. close on Thursday, and above Wednesday`s U.S. close of 2.322 percent.

Crude oil futures edged down but held on to most of their gains made on Thursday after OPEC and non-OPEC producers led by Russia agreed to extend output cuts until the end of 2018, while also signalling a possible early exit from the deal if the market overheats.