Asia stocks down, dollar on defensive, gripped by risk aversion 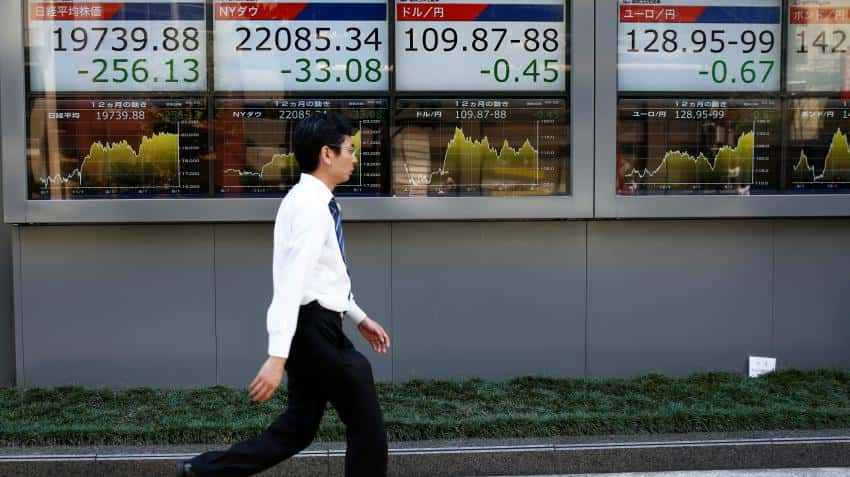 Asian stocks tracked Wall Street`s slide overnight to slip on Wednesday while the dollar was on the defensive with tensions in the Korean Peninsula showing little signs of abating.

Geopolitical concerns continued to simmer following North Korea`s biggest-ever nuclear test on Sunday. Pyongyang is ready to send "more gift packages" to the United States, one of its top diplomats said on Tuesday.

Against such a backdrop U.S. stocks sank overnight, with the S&P 500 stumbling to its biggest single-day loss in about three weeks.

"Risks emanating from the Korean Peninsula have a broad impact particularly in East Asia, but after a few days the effects begin to fade in other regions, like those of emerging markets," said Kota Hirayama, senior market economist at SMBC Nikko Securities.

"The steady flow of foreign investor funds into emerging markets have shown signs of abating lately. Euro zone and U.S. monetary policies could prove crucial in dictating these flows."

The dollar posted losses, notably against the Japanese yen and Swiss franc, reflecting the risk-averse mood in the broader markets.

The European Central Bank holds a policy meeting on Thursday and investors are keen to see whether it will send a message regarding the timing of an exit from its ultra-loose monetary policy.

The dollar suffered further after Federal Reserve Governor Lael Brainard said on Tuesday inflation was "well short" of target, in the clearest signal yet the central bank is getting more dovish in the face of weak data.

The dollar index against a basket of six major currencies was little changed at 92.240 after losing 0.4 percent the previous day.

In commodities, safe-haven gold hovered near one-year highs as the dollar eased and flight-to-safety demand remained robust thanks to geopolitical risks.

Crude oil prices edged lower after the previous day`s rally ran its course. Crude surged on Tuesday as the gradual restart of refineries in the U.S. Gulf that were shut by Hurricane Harvey raised demand. [O/R]