But could a repeat of "Black Monday" happen today Modern trading technology, changes to the way stock exchanges operate and in the way investor funds are managed should make a repeat of the 1987 crash unlikely. Yet cautious traders refuse to rule it out. 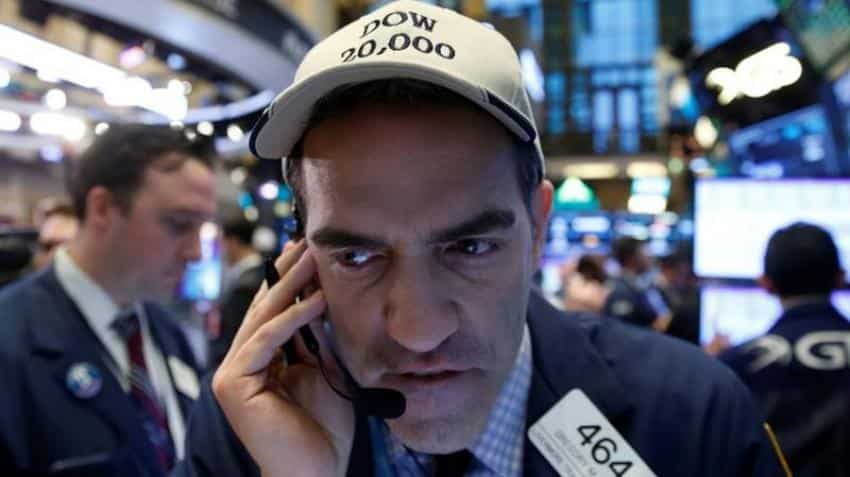 A trader works on the floor of the NYSE as the Dow Jones Industrial Average passes the 20,000 mark in New York. Photo: Reuters
Written By: Reuters

On the 30th anniversary of the 1987 stock market crash, U.S. stocks are at a record high and investors are concerned that steep valuations may mean a correction is overdue, despite healthy corporate earnings and economic growth.

But could a repeat of "Black Monday" happen today Modern trading technology, changes to the way stock exchanges operate and in the way investor funds are managed should make a repeat of the 1987 crash unlikely. Yet cautious traders refuse to rule it out.

"We have learned a lot from the mistakes of the past in terms of the reaction or over reaction," said Ken Polcari, director of the NYSE floor division at O`Neil Securities in New York.

A decline of up to 20% in one day is possible today, but it would likely be a more orderly process, said Art Hogan, chief market strategist at Wunderlich Securities in New York.

"We have the ability to shut things down for a period of time and reassess and try to ascertain what is the best way to get back in business and take a calmer look at things," he said.

In response to the 1987 crash, the U.S. Securities and Exchange Commission mandated the creation of market-wide "circuit breakers" that call a temporary halt to trading after the Dow declines 10, 20 and 30%. Only one market-wide halt has been triggered since then, in 1997.

The circuit breakers were adjusted in 2012, lowering the thresholds needed to trigger a trading pause, with the Dow replaced by the S&P 500 stock index as the benchmark index.

"The regulators have done a good job at implementing rules that help the markets ensure that they stay stable at a time when there is not a reason for them not to be stable."

Many of the current measures aimed at taming market chaos were implemented after the May 2010 "flash crash," when the Dow Jones Industrial Average careened nearly 1,000 points, around 9.0%, in a matter of minutes before mostly rebounding in a similarly short period.

The SEC approved a regulation in 2012 called "Limit-Up Limit-Down," which prevents stocks from trading outside of a specific range based on recent prices, pausing trading in the stocks in question when prices run afoul of the bands.

The U.S. regulator and exchanges were forced to readjust the bands again, and the re-opening procedures for paused stocks, after a chaotic trading session in August 2015. Then, concerns over the health of the Chinese economy led to panic-selling and a dearth of buyers, spurring a record intra-day drop in the Dow.

On that day more than 1,250 trading halts in 455 individual stocks and exchange-traded funds spawned confusion that may have compounded the problem and led to some investors getting worse prices than they otherwise would have.

"Anything is possible," said Peter Costa, president of Empire Executions Inc in New York. "With the advent of computer technology and the speed at which that technology has transformed the market, it is very possible."

The safeguards in place would likely prevent another 1987- style crash from taking place, but with the Dow hitting a frothy 23,000 points for the first time ever on Wednesday this week and the advent of high-speed automated trading, some traders are not so sure.

"Could it happen, something similar to that" asked Gordon Charlop, a managing director at Rosenblatt Securities in New York. "Yeah. How will it pan out and what will be the outcome That is why they play the game."