Amazon's first-quarter net income more than doubled to $3.6 billion, while analysts were only expecting $2.4 billion, according to IBES data from Refinitiv. 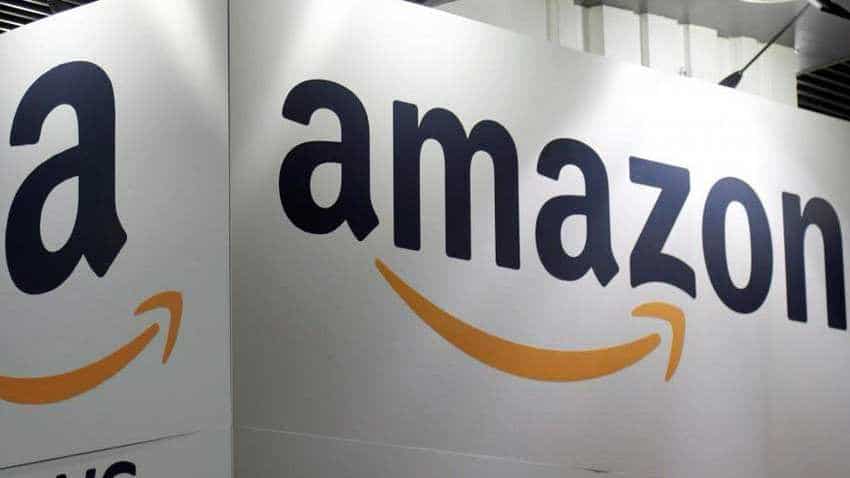 In China, where the company had long struggled to compete with Alibaba Group Holding Ltd, Amazon said this month it would close warehouses and its domestic marketplace in July. Reuters
Written By: Reuters
RELATED NEWS

Amazon.com Inc on Thursday trounced first-quarter profit estimates as demand for its cloud and ad services soared, but the company indicated that bigger spending was in store as it worked to turn its loyalty club Prime into a one-day shipping programme.

Shares rose 2% in after-hours trade. Amazon`s first-quarter net income more than doubled to $3.6 billion, while analysts were only expecting $2.4 billion, according to IBES data from Refinitiv.

Chief Financial Officer Brian Olsavsky said Amazon was still reaping rewards from prior years of hiring and investments in warehouses and other infrastructure.

"We`re banking the efficiencies of prior investments, continued into Q1," he said on a call with reporters. "There`ll be times when we have to invest ahead to build out warehouse capacity, but right now we are on a nice path where we are getting the most out of the capacity we have."

Olsavsky said the company is working to make its loyalty club Prime a free one-day shipping programme instead of two days and will spend $800 million in the second quarter on the goal.

Olsavsky also said earlier that the company would spend more later this year to roll out more benefits to international Prime members.

The announcement adds pressure to rivals Walmart Inc and others already racing to keep pace with the speed and benefits of Amazon`s Prime programme.

Second-quarter operating income will be as much as $3.6 billion, but analysts had been expecting $4.2 billion, according to FactSet.

The news marks a familiar refrain for the world`s largest online retailer. For years, Amazon has made expensive bets on new technology and programs, like its $13.7 billion purchase of Whole Foods Market in 2017 to become a player in the U.S. grocery business.

Amazon`s investments had long meant lower profit. However, its steady, often successful marches into new industries have been lucrative to shareholders, including its founder Jeff Bezos, who had become the richest man in the world.

The luster of these bets still shined brightly on Thursday.

The company`s loyal customer base has drawn merchants to sell and increasingly advertise through its site in exchange for fees, helping Amazon transform from a largely low-margin retail business to a more and more lucrative marketplace.

Revenue from seller services jumped 20 percent to $11.1 billion in the first quarter, while ad and other sales surged 34 percent to $2.7 billion, the company said.

Some analysts noted that these growth figures, while impressive, were lower than what Amazon had posted in prior quarters.

Amazon suggested that spending indeed was on the way, and with that smaller growth in profit.

The company has been building warehouses around the world to ensure its edge in delivering goods to customers the fastest. It is spending more on video, from live sports to a planned prequel series to "The Lord of the Rings," to draw more people to log on to its website, watch, and while they are there, buy socks.

Hiring will pick up from the 12 percent increase Amazon posted in the past 12 months, Olsavsky said.

And the company is delving into even less familiar terrain. It recently announced investments in self-driving and electric car companies, teasing how it thinks these high-tech, capital-intensive businesses could pay dividends potentially in the form of autonomous deliveries in the long run. Amazon has not described in detail its thinking behind the bets.

In China, where the company had long struggled to compete with Alibaba Group Holding Ltd, Amazon said this month it would close warehouses and its domestic marketplace in July.

There were silver linings for investors, however.

Amazon`s Olsavsky said the company saw no material impact in India from actions the company took to comply with new regulations there affecting foreign investment in the e-commerce sector, something Amazon had voiced concern about in the past. Prime member signups in India, one of Amazon`s most important growth markets, continue to be rising the fastest in the company`s history.

Bezos, who many regard as a management guru, also settled his closely watched divorce such that he will retain full voting control of his family`s stock, sparing Amazon a boardroom battle. However, his fortune, which has been the largest of any married couple in the world, will be divided.

The company forecast net sales of between $59.5 billion and $63.5 billion for the second quarter, the midpoint of which was below analysts` average estimate of $62.37 billion, according to IBES data from Refinitiv.