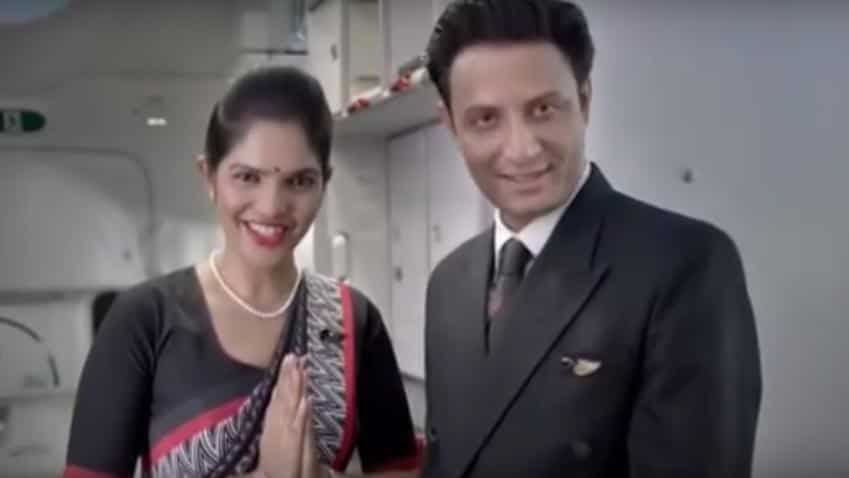 It termed the move as a bid to "nationalise losses and privatise profits". Image Source: Air India Ad/ Youtube

The Air India Unions Joint Forum Against Privatisation today reiterated its demand to retain the carrier in the public sector saying the sell-off move comes at a time when it's making progress on all operational and efficiency parameters.

It termed the move as a bid to "nationalise losses and privatise profits".

The forum, which met here today, represents the seven employees and officers unions. It comes two days after the Bombay High Court stayed the AI management bid to stop the meeting of the unions.

The meeting also decided to organise a national convention in Delhi later to chalk out future strategies to further strengthen their opposition to privatisation.

Terming the Niti Aayog recommendation as "arbitrary and against national interests", the forum said the planning body has "acted as a vested interest to help corporates, both domestic and foreign."

Blaming the government for being against the AI, they said it must end its anti-Air India policies that have, in fact, led to the financial mess that the carrier is facing now.

They particularly blamed the unwarranted decision in 2005 to order as many as 111 aircraft on debt worth around Rs 70,000 crore for the deep mess that the AI has landed itself into. They also pointed to the hasty decision to merge loss-making Indian Airlines with profitable Air India, for the troubles.

Another reason for the crisis was government forcing Air India to withdraw from several profit-making international routes to allegedly favour new private airlines as well as some foreign carriers. The forum said these decisions were taken ignoring the house panel and COPU recommendations.

Terming the sell-off move as "nationalising losses and privatising profits," the forum said the airline cannot survive without the profit-making subsidiaries, like the engineering arm and its production unit AIESL.

"If the government approaches Air India with the same sympathy it is trying to show to private sector players, (the government is reportedly planning to write off the over Rs 50,000 crore debt of AI before the sell-off) the airline would have no troubles going forward," the forum claimed.

The unions claimed that the overall efficiency and profitability have improved over the past few quarters with the carrier earning operational profits and reducing its debt.

Its on-time performance has also improved apart from more connectivity leading to higher load and revenue.

They claimed that the operating cost has more than halved to seven per cent from 15 earlier.

On Thursday, the Bombay HC had issued an interim order staying a communication by the Air India management seeking to deny employees' unions the use of a school hall inside the airline's colony in Mumbai for holding a meeting to discuss the proposed privatisation.

Seven AI employees' unions, representing ground and commercial staff and engineers among others, have called the meeting today.

On October 30, the AI personnel department had asked the school to revoke the permission granted to use the hall by the unions. Following this the unions moved the HC, which allowed them hold the meeting.

On June 28, the Cabinet Committee on Economic Affairs (CCEA) gave an in-principle approval for strategic sale in Air India and five of its subsidiaries.

Rupee vs Dollar: Indian currency weakens 38 paise to 81.78 against $ to start October on negative note