Secretary of Union Civil Aviation, RN Choubey said Das and Sinha have asked the ministry to make all possible efforts to set up an airport at Jamshedpur, considered the industrial capital of Jharkhand. 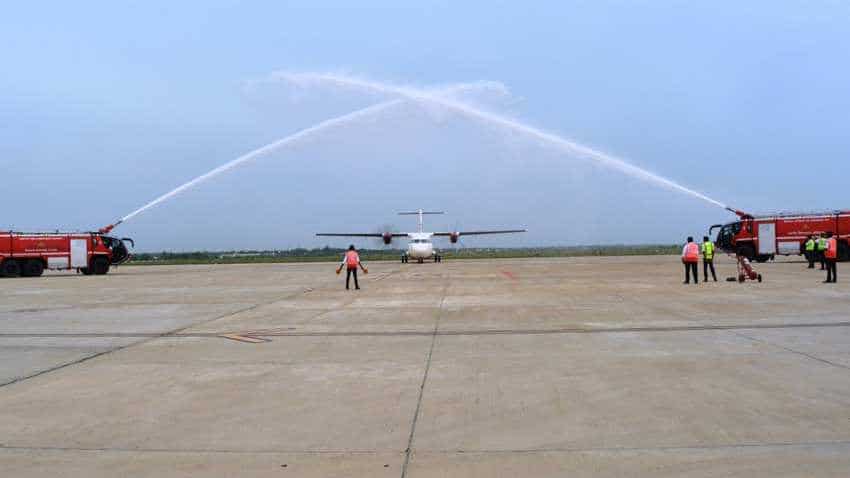 On the directive of Prime Minister Narendra Modi, a drive has been launched to renovate and develop abandoned airstrips to improve air connectivity. Representative image
Written By: PTI
RELATED NEWS

The Centre has decided to renovate and develop around 400 abandoned airstrips across the country to strengthen air-connectivity, a senior official said Thursday.

Like the proposed Dhalbhumgarh airstrip that had been developed by Britishers during the World War II in Ghatsila sub-division of East Singhbhum district, Secretary of Union Civil Aviation department R N Choubey said there were 400 such airstrips lying abandoned across the country.

"The air strips were all our assets and we are willing to renovate them... develop those strips as modern airports with the respective state governments to improve air connectivity," Choubey said.

He was addressing a gathering after Union Minister of State for Civil Aviation Jayant Sinha and Jharkhand Chief Minister Raghubar Das performed the ground breaking ceremony for a proposed airport in Dhalbhumgarh, about 65 km from here, under Ghatsila sub-division of East Singhbhum district.

Choubey said Das and Sinha have asked the ministry to make all possible efforts to set up an airport at Jamshedpur, considered the industrial capital of Jharkhand.

On the directive of Prime Minister Narendra Modi, a drive has been launched to renovate and develop abandoned airstrips to improve air connectivity, he said.

Accordingly, the Airports Authority of India prepared a Memorandum of Understanding in this regard and sent it to all the 29 states and seven Union Territories expressing its willingness to develop those air strips along with the respective state governments, he said.

Jharkhand was the first state in the country where an MOU was signed to develop one such air strip at Dhalbhumgarh, he said.

Choubey said a modern airport at an initial investment of Rs 100 crore would be developed at Dhalbhumgarh, about 65 kms from here, and the first phase of the airport would be completed in 18 months.

Referring to the growth in the aviation sector in the state, the chief minister said only 1,500 passengers used to travel by air per day in the state with only eight passenger aircrafts in operation before December 28, 2014, when he came to power.

However, the figure has jumped to 60,000 passengers travelling by air per day during the last four and half year tenure of Prime Minister Narendra Modi, he said.

He said around 25.50 lakh passenger travelled by air in 2018, which was indicative of increased purchase capacity of the people.

The chief minister said the government needed 550 acre for expansion of the airport and urged the locals to part with their land for the purpose, assuring them to rehabilitate them first before displacing them.

Addressing the gathering, Sinha said the long-standing demand of an airport at Dhalbhumgarh has been fulfilled with the signing of an MoU between the Jharkhand Government and Airport Authority of India.

Ever since the Modi-headed government came to power, he said the country has witnessed a revolution in air, road and rail connectivity.