Budget 2023: India is targeting to become a $5 Trillion economy which will be propelled by SMEs and startups fulfilling the demand for digital services across the country. 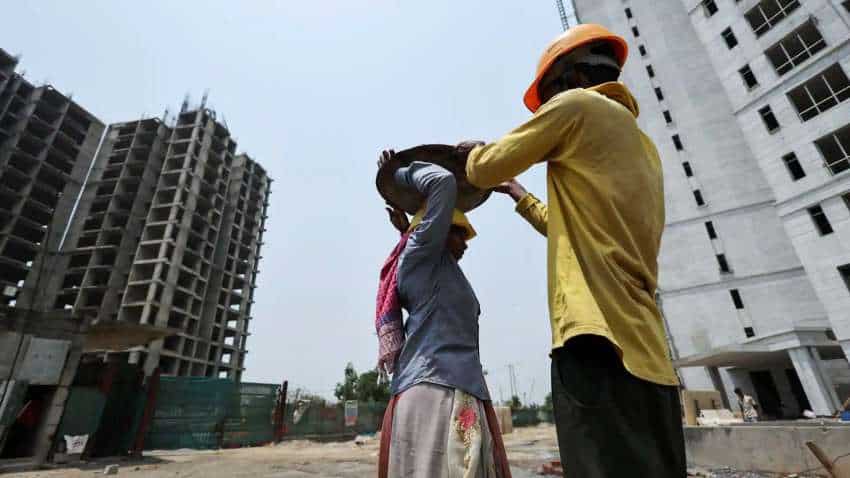 Indian startup ecosystem has emerged as one of the strongest ecosystems in the world. Image Source: Reuters

The Indian startup ecosystem has emerged as one of the strongest ecosystems in the world, touching the count of 108 unicorns at present. This demonstrates a strong entrepreneurial with expectations to contribute 4-5% to the country’s GDP.

Since the launch of the Startup Indian campaign in 2016, the country has recorded an all-time high growth of over 190% in the number of startups recognized by the Department of Promotion of Industry and Internal Trade (DPIIT). The Indian startups are playing a crucial role in the creation of jobs not remaining restricted to metros but also expanding to Tier II and III cities.

Further, India is targeting to become a $5 Trillion economy which will be propelled by SMEs and startups fulfilling the demand for digital services across the country. For the penetration of these services, the industry expects the government to announce tax regimes that can enable entrepreneurs to raise money on more favourable terms.

Sarbojit Mallick, Co-Founder & CBO of Instahyre anticipates, “The government may extend tax-neutral approval of startup outbound mergers and flip in this budget. Taxes should only be levied on actual liquidations and not on such restructuring because no actual income is being produced. This will enable entrepreneurs to raise money on more favourable terms and valuations amid funding winter.”

He further observes, “The government must develop a budget that supports easy business, boosts consumption, and recoups investment. This is only feasible if the household rises its spending, which is only possible if they have more money on hand. Therefore, the industry anticipates tax relief for the middle class, particularly the salaried class.”

Following the lifting of restrictions on travel across the world, the travel industry has shown great resilience and grown multi-fold in the past year. TravelTech startups have witnessed accelerated growth in fulfilling the appetite of domestic and international travellers. This is further going to rise with the influx of more foreign tourists anticipated in the ongoing year.

“The previous year was a roller coaster ride for all sectors; the COVID's impact was still felt; the industry had to deal with layoffs, the global recession, and numerous other challenges. We anticipate tax relief in the income tax in this year's budget. While the travel industry is still recovering from the impact of the pandemic, the government will focus its attention on some specific areas where we would be eager to see some movement, such as provisioning for 10 percent SEIS (Service Exports from India Scheme) combined with export status for forex earned for travel services,” said Ashish Sidhra, Co-founder-Alike.io.

The start-up ecosystem makes a big contribution to the Indian economy. Everyone looks back on the Union Budget 2022–23 as a historic "digital budget" because of the ground-breaking steps taken to start India's digital revolution. Considering the same, the hopes and expectations from this year’s budget are also quite high.

Ashish Bhatia, Founder, India Acceleratorsaid, “We anticipate that the Union Budget would include some assistance for qualifying firms under the Startup India Scheme in terms of the number of taxes that must befiled, the frequency of filing, or the tax slabs. Additionally, all necessary registrations, such as those for forming a business, opening a store, registering for the goods and services tax (GST), obtaining an MSME (micro, small, and medium businesses) certificate, etc., should be handled through a single window. That will enable startups to save significant time and effort along with financial savings.”

He further adds, “There must be complete tax parity between listed and unregistered assets for investors (including base rates). It is essential to continue moving forward with the government's investment promotion initiatives. Moreover, startup’s flipping and outbound mergers should be permitted on a tax-neutral basis, and tax should only be levied on true liquidation, not on such restructuring since no actual income is produced. This will enable entrepreneurs to raise money on more favourable terms and valuations."

Amid the harsh funding winter, the 2023 budget is expected to have a greater focus on providing relief to the startup ecosystem. This will help startups enhance greater access to robust and improved digital infrastructure.

From income tax slab to saving schemes - what has Budget 2023 done to Personal Finance? Here are the top 10 pointers