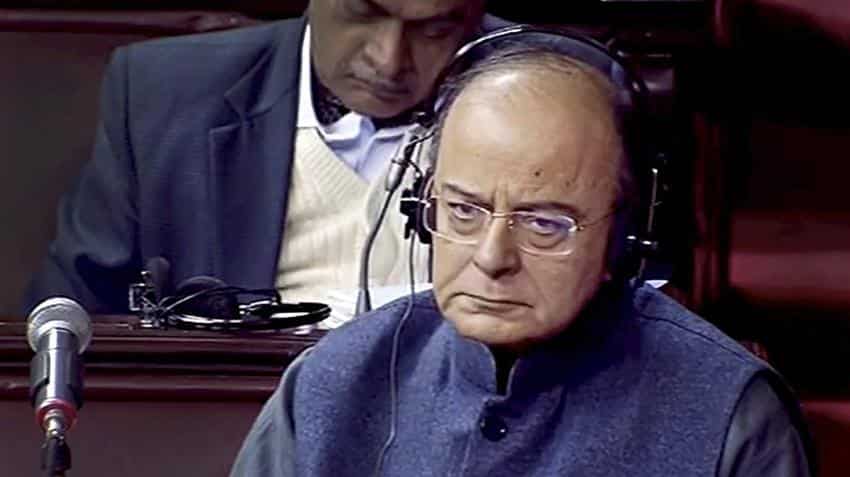 India`s Finance Minister decried a "lack of ethics" among sections of Indian business on Tuesday and criticised inadequate oversight by auditors and regulators, after the financial sector was rocked by a $1.8 billion fraud at a state-run bank.

Arun Jaitley did not specifically refer to the scandal enveloping Punjab National Bank in his speech to a room full of bankers, but his repeated referral to "a stray incident" appeared clearly to be aimed at the massive alleged fraud linked to diamond billionaire Nirav Modi.

Jaitley is the highest-ranking government official to so far weigh in on the case, in which bank employees are suspected to have steered fraudulent loans to businesses tied to Modi and his uncle Mehul Choksi.

Modi`s lawyer had earlier denied the allegations against him.

Jaitley said the country needed to examine "the lack of ethics that a section of Indian business follows", and said internal and external auditors needed to examine whether they had "looked the other way or failed to detect" any wrongdoing.

The Finance Minister also said "the supervisory agencies" needed to "introspect as what are the additional mechanisms they have to put in place to ensure that stray cases don`t become a pattern again".

"It is incumbent on us as a state ... to chase these people to the last possible conclusion to make sure the country is not cheated," he said.

Asked after the address in New Delhi if he had any specific comment on PNB, Jaitley said: "I have said in the speech what I had to say."

Since PNB disclosed the fraud last week the bank, auditors and the Reserve Bank of India have been under the spotlight over how they could have failed to detect a scam in which employees are suspected to have sent fraudulent loan guarantees through the SWIFT interbank messaging platform to lenders overseas.

Soon after Jaitley`s speech the RBI, the country`s banking regulator, said it had alerted banks about the need to prevent any "potential malicious use of the SWIFT infrastructure" at least three times since August 2016.

Lenders had not fully implemented all of the required measures, the central bank said. It did not name the banks.

The RBI added it had mandated lenders on Tuesday to implement measures to strengthen their oversight of the SWIFT platform.

Local media on Monday reported the government had written to the central bank calling on it to improve its oversight mechanism of lenders. MODI DEFENDS HIMSELF

Federal police say Modi, a jeweller to Hollywood stars such as Kate Winslet, left India with his family in January, prior to the case being filed.

A police complaint filed by the second largest state-run bank says companies linked to the jeweller and his relatives received credit worth close to $1.8 billion between 2011 and 2017, using false guarantees supplied by two PNB officials.

Aggarwal, speaking by telephone, declined to comment on Modi`s whereabouts.

Modi`s uncle, Choksi, who has also left the country, has not commented on the matter. Gitanjali Gems, in a regulatory filing, denied Choksi`s involvement in the alleged fraud.

PNB did not immediately respond to the lawyer`s comments.

The fraud case has wiped off $1.7 billion, or more than a quarter, of PNB`s market value.

Separately, in a letter to PNB officials, Modi stated that his companies owed the bank less than 50 billion rupees ($775.25 million), much lower than the amount alleged by the bank. He also said PNB had jeopardized its chances of recovering the sums owed by going public with its allegations.

"Your actions have destroyed my brand and the business and have now restricted your ability to recover all the dues," said Modi in the letter, accusing PNB of acting in haste and noting that his firm has always been current on paying what it owed. MORE OFFICIALS ARRESTED

Five PNB officials have so far been arrested, including the two at a Mumbai branch where the alleged fraud originated who appeared in court at the weekend and were ordered to be detained until March 3.

The remaining three, who were more senior ranking, were arrested late on Monday, and will be held for 14 more days by the police.

A police source also said three officials tied to Nirav Modi`s company had been arrested on Tuesday, along with two officials from Gitanjali, including the chief financial officer.

No one has yet been charged.

The alleged fraud occurred as one PNB deputy manager, with the assistance of one or more colleagues, issued more than 100 fraudulent Letters of Undertaking – essentially guarantees sent to other banks so that they would provide loans to a customer.

After entering the transactions on the SWIFT messaging system, the official, who worked at the same branch from 2010 to 2017, did not record them on PNB`s internal system, according to the bank`s complaint.

SWIFT said last week it did not comment on individual customers, but helped lenders secure their systems when fraud cases were reported to it.

A PNB source said on Tuesday all its branches have now been asked to reconcile SWIFT messages with entries in their core banking system going back eight or nine years.

The bank has also asked branches to ensure no clerical staff stays in one office for more than five years, and officers no more than three years, the source said.