Speaking at a CII event 'Uttar Pradesh investors' summit', Mumbai roadshow, Adityanath said that his government has recently received permission from the centre to set up an international airport at Jewar near Greater Noida and it help in providing good connectively with the state. 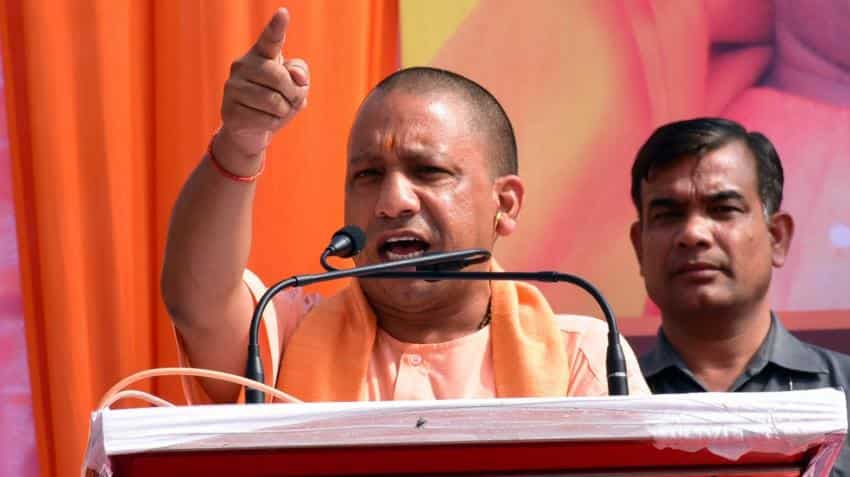 The Uttar Pradesh government today invited companies to invest in the aerospace and defence sectors, which are key to its industrial development.

"We seek investments in aerospace and defence as one of the key thrust areas for industrial development in the state. Our civil aviation policy also provides more emphasis on developing aero space sector," Uttar Pradesh chief minister Yogi Adityanath said in Mumbai.

Speaking at a CII event 'Uttar Pradesh investors' summit', Mumbai roadshow, Adityanath said that his government has recently received permission from the centre to set up an international airport at Jewar near Greater Noida and it help in providing good connectively with the state.

He also assured that the state will follow a zero tolerance policy towards crime, which will support better investments.

The government is also looking at encouraging private sector participation to develop new airports. Along with the facility of dry cargo, aircraft maintenance hubs will also be encouraged.

The state offers several advantages such as infrastructure for Delhi-Mumbai and Amritsar-Kolkata industrial corridors, a UP government official said.

Adityanath today met a host of bankers and industrialists in the run up to the UP Investors' Summit to be held in Lucknow on February 21-22 next year.

"Uttar Pradesh holds enormous potential for industrial development and my government is making all possible efforts to foster inclusive, sustainable and balanced growth. We are working to promote ease of doing business to create a business friendly environment in the state," the chief minister said.

"Earlier, UP was not considered as preferred investment destination for industrialists as far as law and order was concerned. Now the government has zero tolerance for crime and for people who are protecting criminals," UP Minister of industrial development Satish Mahana said.

For boosting investments and development opportunities in the state, the state government had in July approved Industrial Investment and Employment Policy, 2017.

The new policy is aimed at facilitating ease of doing business besides employment generation, and establishing a new 'Make in UP' department to derive the maximum benefits of the Make in India scheme.

He said the recently introduced policy is the roadmap not only for industrial development but also for overall standard of living, creation of jobs and exploring new avenues with substantial policy framework.