PM had announced about introducing optical fiber broadband in a time period of 1000 days in villages. The announcement was made by Ravi Shankar Prasad Union Minister for Law and Justice, Electronics and Information Technology and Communications portfolios in the Government of India 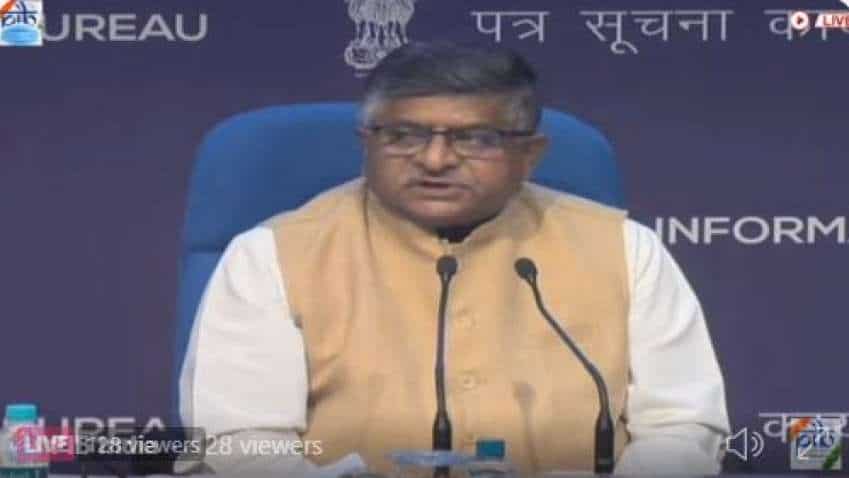 Union Minister for Information and Broadcasting and Minister of Heavy Industries and Public Enterprises Prakash Javadekar said that the cabinet today approved the relief measures announced by the Finance Minister Nirmala Sitharaman on Monday. The FM announced 8 such relief measures. He said this while briefing the media today.

Javadekar said that Modi Government delivers what it promises – one of the fundamentals of effective governance.

He said that free rations will be distributed between May and September months to 80 cr people.

PM had announced about introducing optical fiber broadband in a time period of 1000 days in villages. The announcement was made by Ravi Shankar Prasad Union Minister for Law and Justice, Electronics and Information Technology and Communications portfolios in the Government of India.

He said that there are over 50,000 unicorns now and once the optical fiber network expands there will be more such unicorns.

Key highlights of the announcements:

The Minister said that the Cabinet has approved Bharat net Broadband project.

Prime Minister Narendra Modi will also hold a meeting with the council of ministers on Wednesday (30 June). He will be chairing the meeting. The discussion on the ongoing Covid-19 pandemic situation is likely to be the major talking point of the meeting.

The meeting is also expected to see a review on the functioning of various ministries. This meeting is scheduled to take place at 5 pm today.

In the meeting, all cabinet ministers, ministers with independent charge and Minister of States (MoS) will be present.

There will also be a Union Cabinet Meeting at 11 am today.

Among other top news, gold on Tuesday slipped to an 11-week low. It was trading at USD 1760 on Tuesday, meanwhile Silver also ended below USD 26. The crude oil prices ended flat at USD 75.

In the equity markets, Nasdaq and S&P closed at record levels on Tuesday. Meanwhile, Dow slipped from intraday highs to end flat.

The Q4FY21 results of Vodafone Idea will also be announced after market hours.

Zee Business will also speak to IRFC’s Chairman and Managing Director at 10:30 am.