Fortis Healthcare, one of the country`s largest hospital chain operators, is evaluating offers from domestic and international firms including Malaysia`s IHH Healthcare  BHD , which runs hospitals in India, Turkey, Malaysia and Singapore, and China`s Fosun International Ltd. Analysts, bankers and consultancy firms say Fortis, with around 30 hospitals, mostly in large cities in a country that lacks good public healthcare facilities, an established brand and good roster of doctors, is a rare and attractive asset in a market that is growing strongly 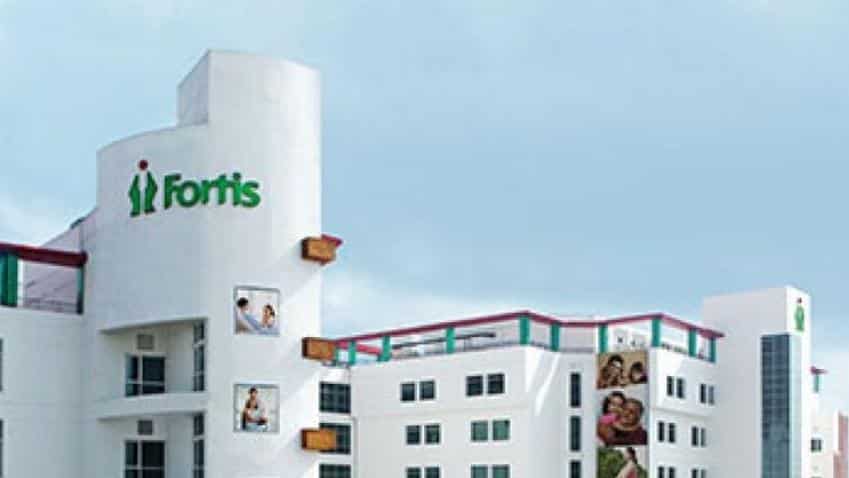 Fortis Healthcare Ltd has received as many as five offers for control of its private hospital business, but suitors have so far held back from making bold bids for the group as it faces rising debt and a regulatory probe. Fortis, one of the country`s largest hospital chain operators, is evaluating offers from domestic and international firms including Malaysia`s IHH Healthcare BHD, which runs hospitals in India, Turkey, Malaysia and Singapore, and China`s Fosun International Ltd. Analysts, bankers and consultancy firms say Fortis, with around 30 hospitals, mostly in large cities in a country that lacks good public healthcare facilities, an established brand and good roster of doctors, is a rare and attractive asset in a market that is growing strongly.

But it has lately struggled with insufficient cash and growing debt, while regulators investigate allegations that its founders took funds without board approval. The founders, who have since left the company, deny wrongdoing. "All interested bidders are aware that Fortis is in dire need of funds and that there could be contingent liabilities in the books of the company," said Shriram Subramaniam, founder of proxy advisory firm InGovern. "That is the reason they may be unwilling to increase their bids without proper due diligence which the company seems to be reluctant to allow."
All five bids on the table value Fortis within a tight, relatively modest range of $1.2-$1.4 billion.

In the past five years, Fortis recorded lower revenue growth compared with its peers, according to Thomson Reuters data. While the healthcare services sector clocked a median revenue growth of 16.6 percent, Fortis grew at 13.6 percent. Fortis` stock, which has barely moved since news broke in late March that it was close to a deal with rival hospital operator Manipal Healthcare Enterprises Pvt Ltd and Manipal`s backer TPG Capital, has lost more than a third of its value since peaking in May last year. Fortis` shares closed at 149.65 rupees ($2.26) on Friday, only slightly below the offers that value the company between 150 and 165 rupees per share.

The company`s debt is piling up even as cash reserves dwindle. Debt stood at 13.39 billion rupees ($202.3 million) at Dec. 31.  It had 632 million rupees in cash at the end of September last year, according to the last available Thomson Reuters data. The company has not provided an updated cash figure since.  Fortis in February became the target of a Serious Fraud Investigation Office probe looking into allegations that its founders and main shareholders, Malvinder Mohan Singh and Shivinder Mohan Singh, used company funds without authorisation. The Singh brothers, who deny wrongdoing, had resigned from the company`s board days before due to legal troubles unrelated to Fortis.

A source at a large Indian mutual fund told Reuters it sold off Fortis as soon as these complications began. Still, the lack of a main shareholder - unusual in an India company - makes it easier for a bidder to take control of Fortis, analysts say, and its hospitals are performing better than its rivals on some key metrics. For example, average occupancy at Fortis stood at 75 percent for the year ended March 31, 2017, much higher than the 64 percent at Apollo Hospitals Enterprise Ltd, Fortis` larger rival, according to the companies` filings. Average revenue per occupied bed was 26 percent higher at Fortis.
Another reason for the interest in Fortis is Prime Minister Narendra Modi`s plan to incentivize private hospitals as he seeks to bring affordable healthcare to half the country`s 1.3 billion population.

"At a high level, this entire excitement into the hospital care segment is largely after the government`s plan ... corporate hospitals are likely to expand into rural areas," said Deven Choksey, founder, KR Choksey Investment Managers. Manipal sweetened its bid to buy Fortis after its initial offer met with shareholder disapproval. IHH Healthcare bettered Manipal`s bid by 3 percent. Meanwhile, China`s Fosun, a consortium of two Indian business families - Hero Enterprise Investment and the Burman Family Office - and KKR-backed Radiant Life Care Private Ltd have also made offers to invest in Fortis.
Fortis said on Thursday it would set up an advisory committee to evaluate binding offers and give the board its recommendation by April 26. Only the offers from Manipal-TPG and Hero-Burman are binding. ($1 = 66.2000 Indian rupees)