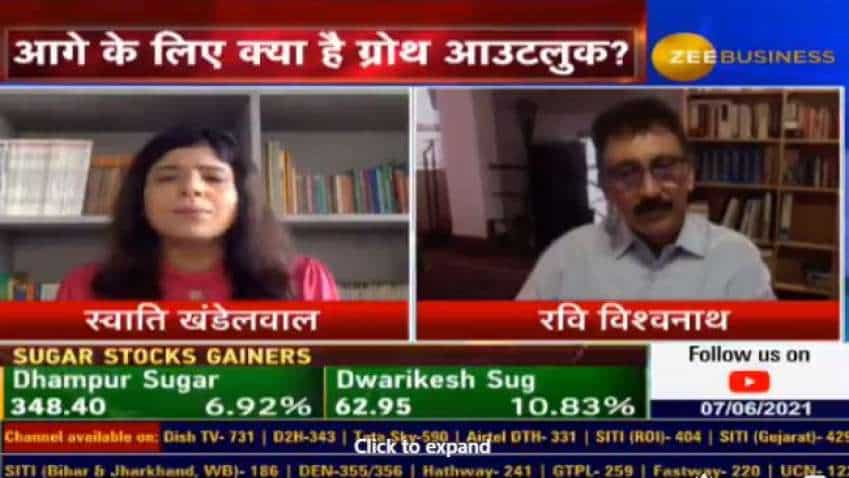 "In Q1, our revenues fell by 20% and in Q2, Q3 and Q4, we made up for the hit and we are almost back to last year levels, the FY20 levels in FY21," Ravi Vishwanath says
Written By: Jitesh Kumar Jha
Edited By: ZeeBiz WebTeam
RELATED NEWS

Thomas Cook India set for makeover; here is why

Q: On the revenue front, the numbers have largely been flat; however EBITDA has fallen by 61%. What led to this fall, what are the highlights of the quarters and what are your plans to protect the margins?

A: In Q1, our revenues fell by 20% and in Q2, Q3 and Q4, we made up for the hit and we are almost back to last year levels, the FY20 levels in FY21. Q4 exit was very very strong and all of our businesses have come out with exceptionally strong performance. General staffing headcount phenomenal, IT staffing excellent profitability, Operating Asset Management and Facility Management business back to growth, Security services back to growth and technology solutions, the third platform that we have has done well through the year and has been the largest EBITDA contributor. What we did in Q4 was we took some onetime charges against some provisions against some legacy government business.

That is what we did. We were also impacted in Q4 because of the change in law, which is the depreciation law, where you cannot let depreciation on goodwill. It is a new law that was passed in the Budget of 2021 because of that we had to take a Rs 52 crore deferred tax liability charge. It is a pure accounting entry that was passed, thanks to the accounting standards. We have to take a charge of Rs 52 crore which also brought my PAT down for the quarter. Overall, the PAT for the year has been Rs 74 crore compared to the Rs 432 crore negative that we had last year. But for these one-time charges, I think, we have actually done exceptionally well on the EBITDA front. And on all the parameters, I think, we have done exceptionally well in Q4 compared to the previous quarter as well as the previous year.

Q: Going forward, what is your outlook on margins and what can be the range in FY22? Also, do you think that the concerns of FY21 will be out from the first quarter of FY22?

A: We never provide guidance and still I would not give guidance but I can say that we are on the path to the 20% ROE by FY23. That goal, we are not changing right now and that is the goal on which we are working now. So, we will probably be able to get to that goal by FY23. The one-time charges have already been taken, so these charges will not come back to bite us again and again. When we entered Q1, then our Q4 was quite awesome and we carried that momentum in Q1.

The second wave, which struck and the lockdown that was implemented in April and May has dampened the spirit slightly. But with the second wave almost coming to an end, we believe that Q2, Q3 and Q4 will be good quarters for us. Hopefully, we have learnt from the second wave and the mistakes we committed in the previous wave we will not commit again. And, we should be able to probably get back whatever we lost in Q1 and will be able to make up in Q2, Q3 and Q4.

So, there is a lot of scope for improving margins, further. Our SGNA cost was at 7% of revenue in Q4FY20 and that was down to 5% of revenue in Q4FY21 and can the cost remain at a similar level in FY22, the answer is probably no because, when the offices will be opened, then some of the cost will come back. But we are still working on cost reduction, we are still working on certain areas of improvement, hopefully, we should be able to get to some benefit out of the cost also. So, overall, we should be able to improve on margins compared to FY21 also. I am talking about the normalized margin and we can improve even from those levels this year.

Q: Recently, you announced about acquiring the remaining 30% stake in Conneqt Business Solutions. Tell us more about the incremental revenue you will get through this acquisition for the whole of FY22? Also, the board has approved the merger of Greenpiece Landscapes India and MFX Infotech with Quess Corp. What was the rationale here?

A: The acquisition of this 30% will not have any impact on the top line because we have been consolidating it at full even before. So, it will not have any such impact but we have completed the acquisition and today it is a wholly-owned company. It is a Quess owned company. So, that is as far as Conneqt is concerned. Secondly, as far as our subsidiaries are concerned, we want to simplify the organizational structure and this is a reason that we are trying to consolidate the various subsidiaries within the parent company and in that direction, we want to merge Greenpiece and MFX Infotech into Quess. It is basically to simplify the corporate structure. We don’t want to have too many subsidiaries and create a lot of confusion. We want to simplify the structure and in that direction, the merger of MFX and Greenpiece have been announced.

Q: How much do you intend to spend on technology this year in order to make the hiring process more effective? Also, are you looking forward to M&A opportunities, added solution and partnerships and what is the strategy there?

A: The strategy is as of now; we are not looking at any active inorganic growth. The growth is going to be largely organic for FY22 but having said that have we closed our eyes for inorganic acquisitions, the answer is no. We will lookout for some good, meaningful acquisitions, either, which will give a new line to the business or will help us to build muscle and get into certain areas, we don’t have a presence in. So, we are constantly looking out for it but we don’t have any active discussions going on. Technology is definitely is on the topmost of our agenda, we believe that we will be able to scale our businesses only through technology, whether it is a contacts centre business or the payroll processing business or any of the general staffing business, technology has a very very big role to play. We are constantly automating and constantly improving the productivity of our own employees. So, technology has the backbone, i.e. at some point in time, you would like to be called a technology company that also does staffing, facilities management and other business services because that is the game today and that is what we would like to do.

Thomas Cook India set for makeover; here is why